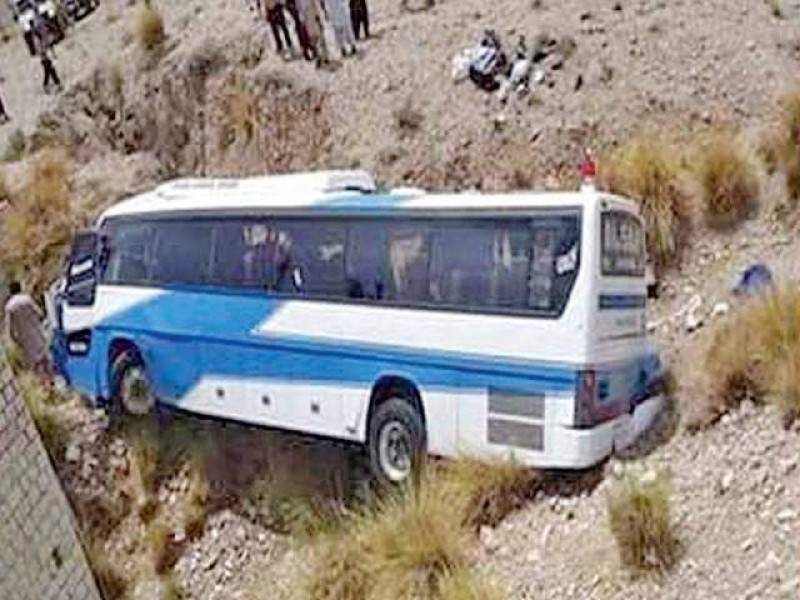 At least 18 people killed as a passenger bus crashed in Khuzdar on Friday.

The passenger coach was traveling from Wadh to Dadu when it met with an accident at Khori in Khuzdar district of Balochistan, as a result of which 15 people on the bus died on the spot while 30 others were injured.

Soon after the accident, rescue and Levies personnel rushed to the spot and started rescue operations.

The injured and deceased were shifted to Teaching Hospital Khuzdar, where three more people died and the death toll rose to 18. The condition of some of the injured is said to be critical.

It was reported that the passenger coach lost control and turned turtle because it was over-speeding.

SUKKUR – The death toll from the collision between Millat Express and Sir Syed Express near Ghotki has risen to ...