Only divine intervention can end corruption in Pakistan 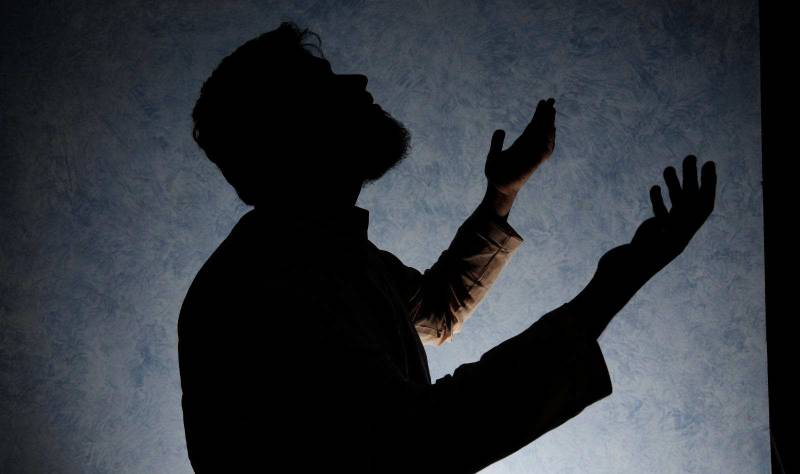 The Panama leaks controversy has reopened long-standing questions about public accountability in Pakistan, namely, who is to prosecute corruption in the public and private sectors, and how they are supposed to go about it so that the process is fair to all.

These questions should have been answered by now given how we lose at least $15 billion dollars to corruption every year, according to current estimates by The World Bank. Almost 7 decades on from independence, we have lost just enough money to corruption to cover our national debt, currently around $68 billion, a few times over. We may even end up with a few loose billions to spare.

We still haven't answered these questions even though everyone and their aunt has ideas about corruption and how it should be eliminated.

Imran Khan would have us install a revolving door in the highest political office, at least for as long as he isn't in it. Presumably, ousting an elected leader halfway through his term will prevent him from sticking a finger in too many pies.

Nawaz Sharif, on the other hand, would have us watch him personally sniff out corruption in governments his own party had no role in forming. Presumably, you and everything you touch becomes squeaky clean if your last name is Sharif.

The other Sharif also has ideas about tackling corruption. Prosecute all corruption yourself. Go hard on it in civilian institutions and soft on it in your own. Presumably, if you have a stick large enough, nobody will question whether you're using it fairly.

With solutions like these, who needs problems. We should just resign ourselves to never figuring out how to deal with corruption, if these are our best solutions.

Clearly corruption hasn't remained unsolved for want of "tough" stances. Neither has the solution eluded us because of a failure to translate these "stances" into action.

Each government has established its own anti-corruption watchdog, each with a different name and slightly different powers. We've variously tried forming Commissions, Councils and Bureaus, under both civilian and military regimes, all to no avail.

We've also tried various saviors, hoping desperately for deliverance. The Mr. Clean who snatched power in the '90s from a "corrupt" civilian government turned out to be dirtier than we thought and now sits pretty abroad with wealth beyond his means. Our current Mr. Clean may turn out to be no better judging by the people he surrounds himself with, including a Chief Minister who pays less a year in tax than I do.

So where do we go from here? We could give up. You keep yourself happy with the 5 rupees you're able to siphon off and I'll keep my head up knowing I was able to steal 10 rupees more. But why stop one's own shady dealings when no one else is, right? It's so much easier to hope for something to give at the top.

So we may as well just do our ablutions and flood our neighborhood mosques. It's clear corruption won't end in this country without divine intervention. Inshallah, the Lord will not forsake us if we pray with a clean heart. Let's hope we can at least do that.