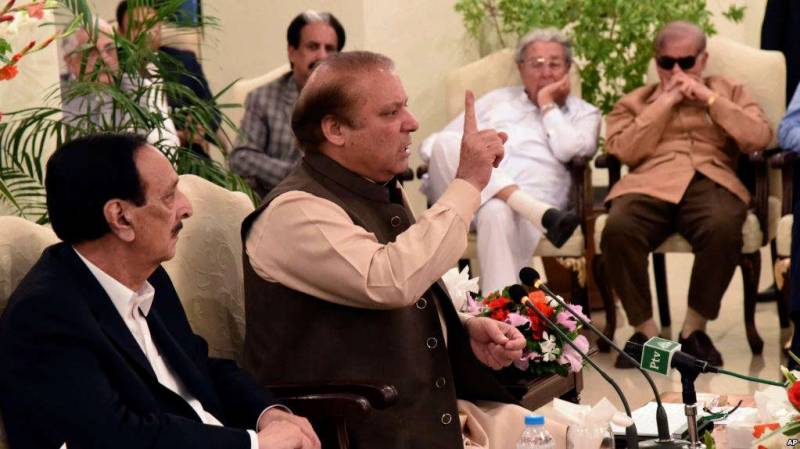 The participants at PML-N's central executive committee was of the opinion that as the 24-hour deadline had passed, without an apology or resignation of Justice (r) Javed Iqbal, the party should pursue the case on the legal front.

The members condemned NAB's statement regarding launching a probe against the former prime minister based on a media report which alleged that he laundered a staggering $4.9 billion to India.

During the meeting, the supreme leader of ruling Pakistan Muslim League Nawaz condemned the latest NAB probe against him.

"NAB chairman is taking revenge in the name of accountability as it has turned into a prejudiced department." declared the former PM.

On Thursday, Nawaz had demanded the NAB chairman to present proof of the charges within 24 hours or go home, however, NAB clarified that it was not a crime to question corrupt practices.