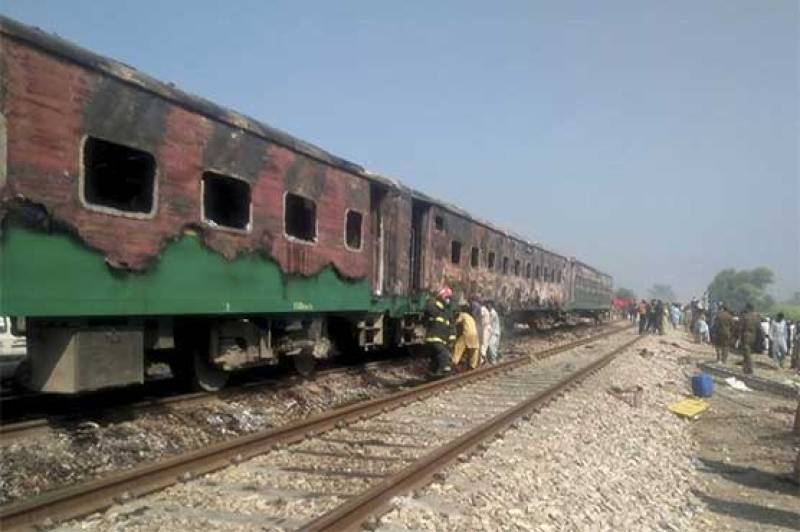 The Tezgam Express train tragedy in south Punjab left at least 75 and hundreds wounded, mostly members of Tablighi Ijtima, last month. Most deaths occurred from people jumping off the train.

Railways officials said some of the Rawalpindi-bound train’s passengers were cooking breakfast around dawn when two of their gas cylinders exploded, sending flames racing through three carriages as the train passed near Rahim Yar Khan's Liaqatpur area.

One of the carriages — Wagon No. 12 — was carrying most people from Mirpurkhas, the town’s deputy commissioner, Attaullah Shah, said. “There was never such a tragic incident to happen to Mirpurkhas.”

The Railways Ministry has suspended six officers for alleged negligence over the tragedy.