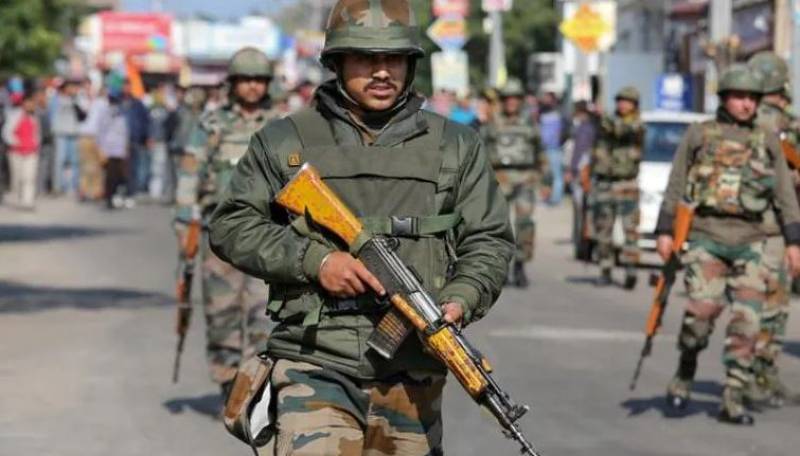 Indian occupation forces have unleashed unimaginable brutalities on the Kashmiris including inter-alia the use of pellet guns, extrajudicial killings in ‘fake encounters’, enforced disappearances, arbitrary detentions, torture and custodial deaths, said the Ministry of Foreign Affairs in a statement.

The deployment of these additional troops in IIOJK – the world’s most militarized region with over 900,000 occupation forces already - will further brutalize the oppressed Kashmiri people. Equally reprehensible is the housing of Indian occupation forces in community centres, erection of additional bunkers in cities and daily aggressive and humiliating frisking of Kashmiri men and women.

Pakistan once again calls upon India to halt its barbarism and state-sponsored terrorism in the IIOJK, immediately cease human rights violations, lift the inhuman military siege and let the people of IIOJK exercise their right to self-determination as enshrined in the relevant UN Security Council resolutions.

Prime Minister Imran Khan reiterated on Monday that a just settlement of the Jammu and Kashmir dispute in accordance ...