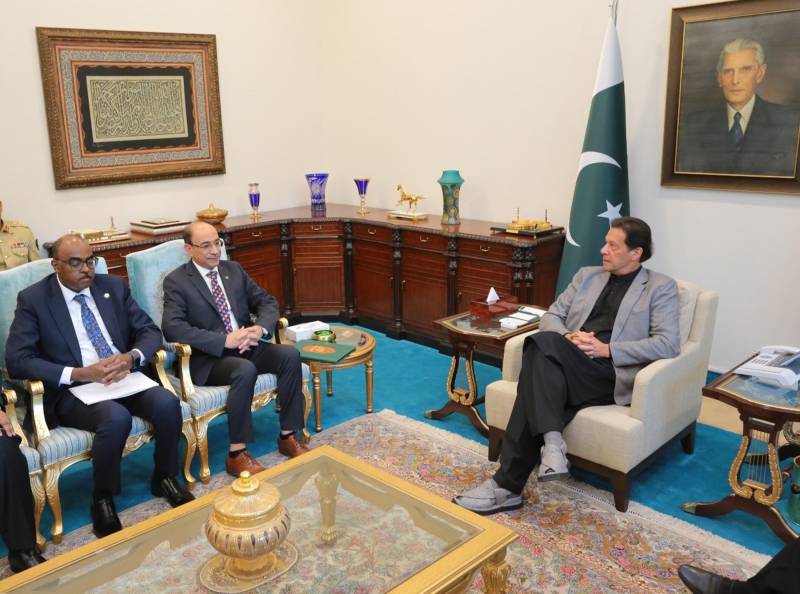 Prime Minister Imran Khan reiterated on Monday that a just settlement of the Jammu and Kashmir dispute in accordance with the UN Security Council resolutions and wishes of the Kashmiri people was a prerequisite for a durable peace and stability in South Asia.

Talking to OIC Special Envoy on Jammu and Kashmir Yousef Aldoubeay in Islamabad, the prime minister underlined the importance of OIC's principled stand on the Jammu and Kashmir dispute and the resolute support of the Muslim world to the just struggle of the Kashmiri people for their inalienable right to self-determination.

The Pakistani prime minister said there was an urgent need to give OIC, UN, rights organisations and the international media access to the Indian Illegally Occupied Jammu and Kashmir (IIOJK) so that they could conduct independent investigations and report human rights abuses in the disputed territory under the Indian control. He called for provision of humanitarian support and assistance to the people of IIOJK.