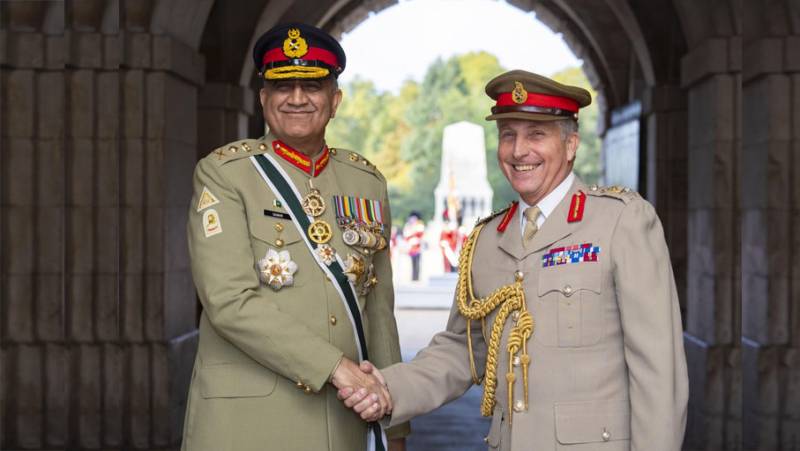 RAWALPINDI - Chief of Army Staff (COAS) General Qamar Javed Bajwa was greeted by Britain’s Chief of Defence Staff (CDS) Sir Nick Carter with a Guard of Honour on Thursday at the Horse Guards.

They discussed shared UK-Pakistani interests and priorities and emphasised the importance of stability in South Asia and peace between the Afghan government and the Taliban,” Britain’s Ministry of Defence said in a Tweet.

COAS arrived in London, UK for official visit. Will have interaction with civil and military leadership.