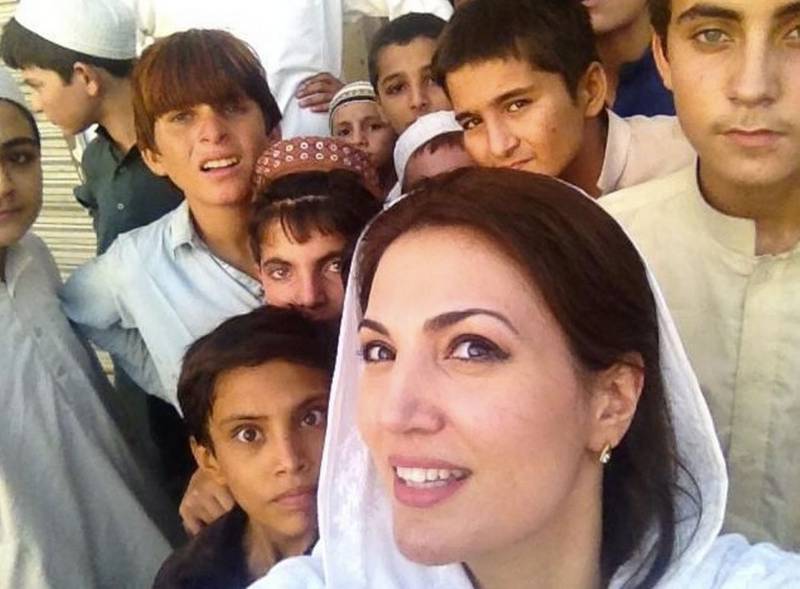 Mehar Taj Roghani, advisor to the chief minister on social welfare said in a ceremony that an academy would be built for street children on 14 canal land in Peshawar.

On the occasion, Reham Khan said that the street children are actually the state’s children, who need homes and education.

“As a mother my responsibilities have increased,” she said while addressing a ceremony at Chief Minister House where she met street children.

She said that only women can bring real change in NA-246, where by-elections is scheduled to be held on April 23.

To a question, Reham said that she didn’t get any jewelry set from Muttahida Qaumi Movement (MQM) chief Altaf Hussain, adding that he should donate it to Shaukat Khanam Hospital or to the street children.