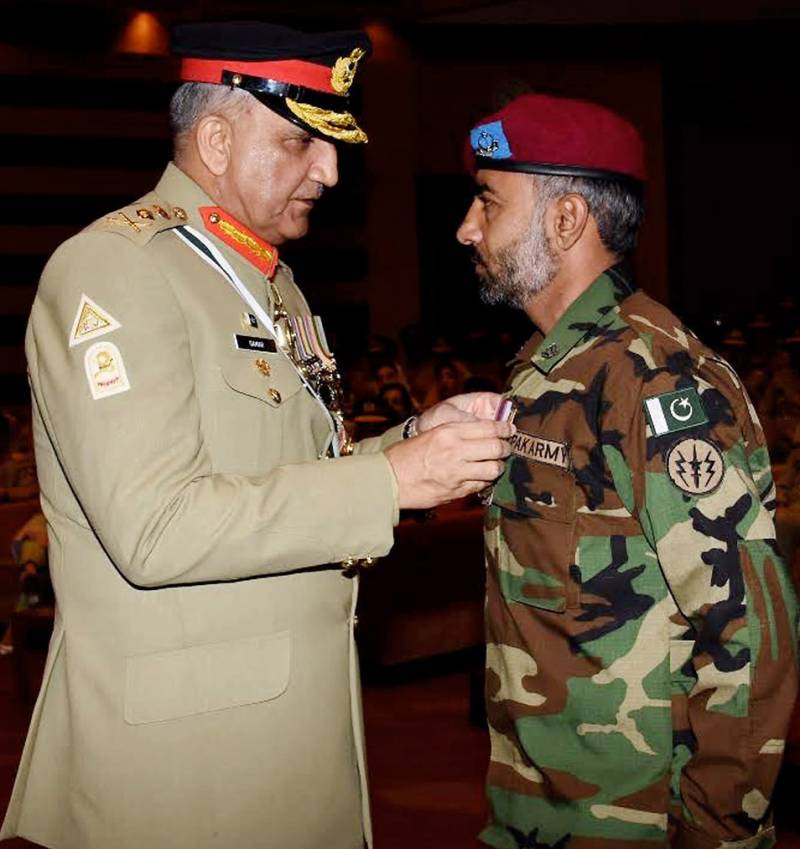 RAWALPINDI - An investiture ceremony was held at General Headquarters (GHQ) in Rawalpindi on Thursday to confer military awards upon army personnel for their sacrifices and acts of gallantry in defending the motherland.

Speaking on the occasion, Army Chief General Qamar Javed Bajwa said that peace and stability have been restored in the country as a result of the sacrifices rendered by martyrs and ghazis.

It has only been a short period of time that peace has returned to FATA, and some people have already started a movement. There are some people, both on the inside and outside, who are bent upon hurting the integrity of Pakistan," said the army chief.

"We want to tell these people: No matter what you do, you can bring no harm to this country as long as the people of this nation stand behind its armed forces," he said.

Speaking at the ceremony, the army chief paid glowing tributes to the families of martyrs and war heroes of the country. 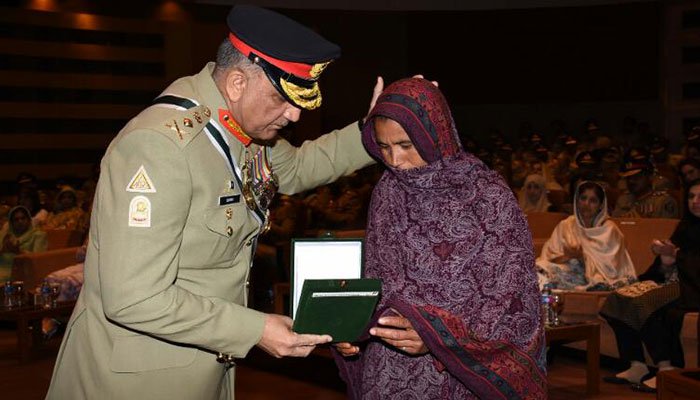 During his address, the army chief stressed that the sacrifices of the martyrs should never be forgotten.

"Nations that forget the sacrifices of their martyrs fade out [from history]," he said, advising the young officers to always remember the brave officers who laid their lives for the country. 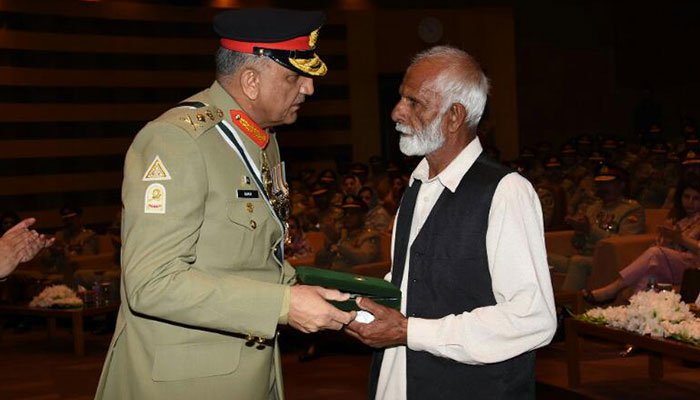 "We do not want to forget these martyrs after complete peace is established in our country because they are part of our history," General Bajwa said. "We should never forget the martyrs and their families."

He expressed his faith that Pakistan was invincible until the time the nation is standing with it.

The army chief said he is often asked how Pakistan has managed to wipe out terrorists from its territory while the latter are wreaking havoc across the world. 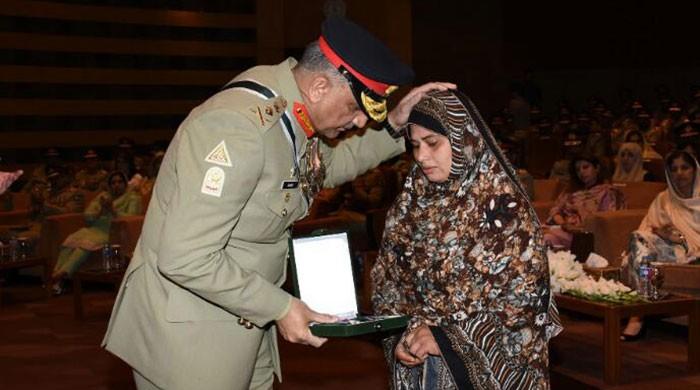 "I tell them that till the time the Pakistani nation will keep producing mothers, daughters and wives who make sacrifices for this country, we will remain successful in our war against terrorism."

"I salute these mothers, daughters, wives, and parents [of the martyrs]," said General Bajwa.