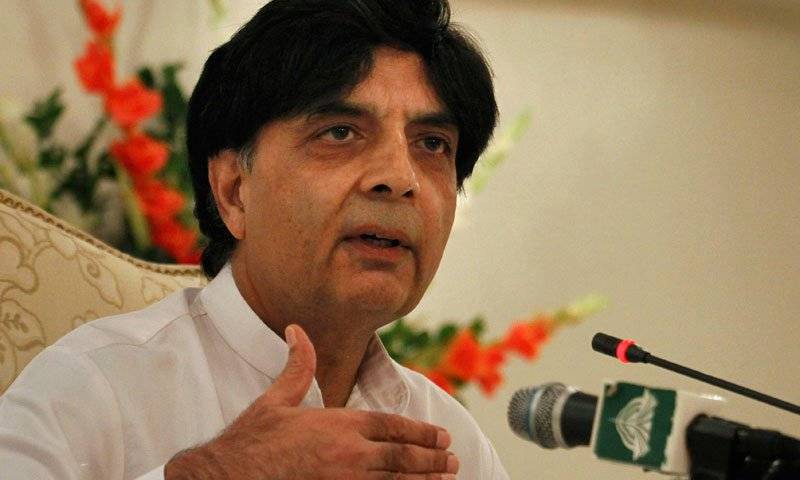 ISLAMABAD (Web Desk) – Interior Minister Chaudhary Nisar Ali Khan on Friday said that apprehended US national Matthew Craig Barrett, who was also deported from the country on the orders of the court in 2011, was not a spy.

"The JIT report has confirmed that Matthew Barrett is not a spy but he was detained from a sensitive area," said the interior minister during a press conference. Barrett had applied for a Pakistani visa after five years, he added.

The minister said that action was being taken against the officer who issued visa to Barrett, further stating that the individual who pointed about the US national would be rewarded adding that Barrett was issued a visa despite his name being in the blacklist.

"We will deport him (Barrett) in the next two or three days keeping the JIT report's findings in view."

Nisar stated he has asked for a report from the Federal Investigation Authority (FIA) regarding the lapse in security witnessed in Barrett's case. He further added the FIA has been instructed to ensure such a security lapse does not occur again in the future.

Though his visa was valid until Dec 11, 2011, at the time of his arrest in May, its term was reduced at the request of an intelligence agency to June 4, 2011 and Barrett was asked to leave Pakistan. But instead of going back, he had gone into hiding and was arrested at a residence in sector E-11 days after his visa expired.