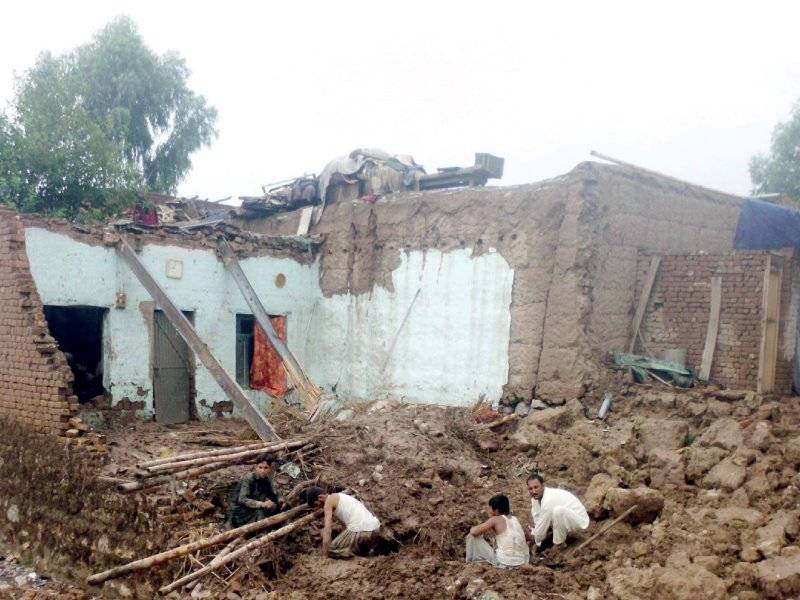 SHAHKOT - At least four people were killed after the roof of their house collapsed in Nankana Sahib near Shahkot early Tuesday amid intermittent rain, local media reported.

The roof fell on them when they were sleeping at their home. All the deceased have been identified as brothers, while their mother and sister received injuries.

It is being reported that the house was in poor condition due to which the incident happened. The bodies have been retrieved from the debris and shifted to the hospital.

The intensity of winters increased after the long dry spell ended with rains in upper parts of the country on Monday. The Met Office said the rain is continuing in Islamabad, Rawalpindi, Peshawar, Hazara, Kohat, Lahore, Gujranwala, Kashmir, and Gilgit-Baltistan.

The current rain spell will persist for the next 48 hours, Met Office added.

Meanwhile, rain-thunderstorm with snowfall over the hills is expected at scattered places in upper Punjab, Islamabad, Kashmir and Gilgit-Baltistan while at isolated places in upper Khyber Pakhtunkhwa, upper FATA and Multan divisions during the next twenty-four hours.

However, the cold and dry weather is expected elsewhere in the country.

The Met Office further said that around two to three spells of moderate rainfall have been expected in different parts of the country, with snowfall over the mountainous areas during December.