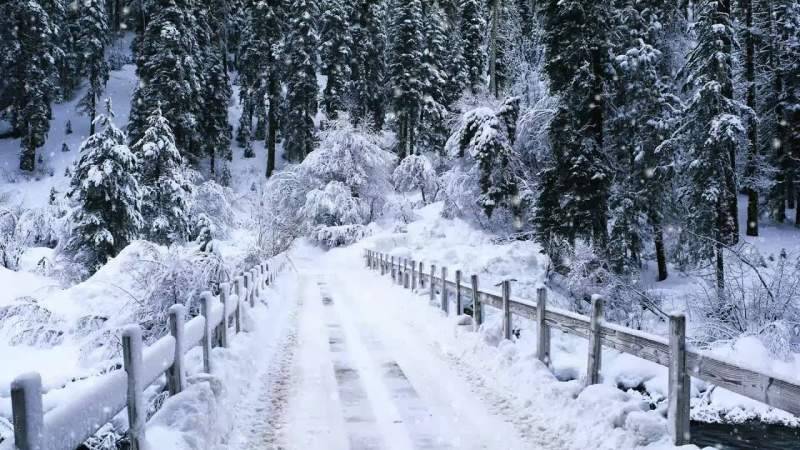 ISLAMABAD — Some areas in the upper half of the country were hit by rain while the mountainous regions received snowfall Saturday morning. It rained in Islamabad, Rawalpindi, Abbottabad, Mansehra, Muzaffarabad and Rawalakot and snowed in Murree, Gilgit, Thandiani, Naran, Kaghan, Swat, Kalam and Malam Jabba.

The Pakistan Meteorological Department has said that temperatures have dropped in the upper parts of the country. This is the second day of rain in Abbottabad and surrounding areas.

Nathia Gali, Ayubia, Changla Gali and Thandiani have all been hit by snow. The road from Abbottabad to Murree is closed for traffic due to the snow. In Azad Kashmir rain and snow has continued for the second day as well. It has also snowed heavily in Neelum and Lipa valleys. Major roads in the area have been closed due to the snow. The heights of Srinagar, Skardu, Gilgit, Hunza, Swat, Chitral and other areas also received snowfalls.

The snow has also blanketed Kalam, Malam Jabba and Miadan valley, Attock, Hub and adjoining areas have also seen a drop in temperatures due to the rain.