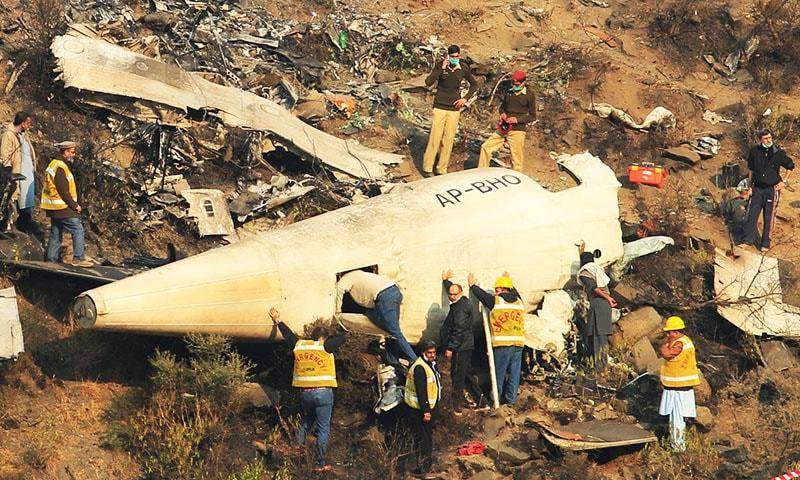 ISLAMABAD — The Safety Investigation Board (SIB) of Pakistan, in its report, has blamed the maintenance department of Pakistan International Airlines (PIA) and Civil Aviation Authority (CAA) for a deadly plane crash in 2016.

In its preliminary report, the SIB has pointed out that the maintenance lapse would be the possible cause of the incident. The report also lists some suggestions and recommendations to avoid such incidents in future.

The report, titled "Immediate Safety Recommendations", states that the investigation into the crash is heading towards a concluding stage, however, some important findings of technical nature require the immediate attention of the authorities concerned.

ISLAMABAD - A PIA plane with 47 people on-board crashed near Havelian city of Abbottabad district on Wednesday. ...

According to a Service Bulletin, these turbines blades were to be changed after completion of 10,000 hours, on immediate next maintenance opportunity. The said engine was under maintenance on 11 Nov 2016, at that time these blades had completed 10004 hours (due for a change). This activity should have been undertaken at that time, but it was missed out by the concerned.

It states that the aircraft flew approximately 93 hours after the above-mentioned maintenance activity before it crashed on Dec 7.

“Missing out of such activity highlights a lapse on the part of PIAC (Maintenance and Quality Assurance) as well as a possible in-adequacy/lack of oversight by PCAA [Pakistan Civil Aviation Authority].”

The board. in light of the above-mentioned observations, recommended the national flag carrier to ensure immediate implementation of the Service Bulletin in letter and spirit on the entire fleet of ATR aircrafts, undertake an audit of the related areas of maintenance practices, ascertain root cause(S) for the said lapse, and adopt appropriate corrective measures to avoid recurrence.

It suggested that the PIA should evaluate its oversight mechanism for its adequacy to discover lapses and intervene in a proactive manner, ascertain shortfall and undertake necessary improvements.