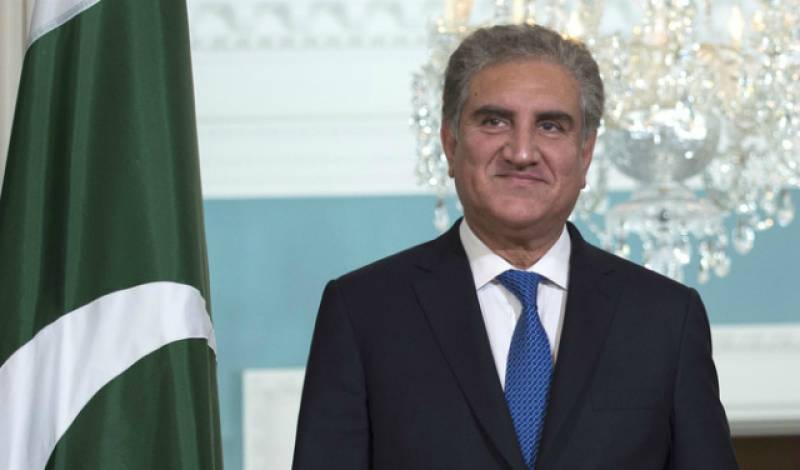 ISLAMABAD – Foreign Minister Shah Mahmood Qureshi has embarked on visits to Iran and Saudi Arabia on the direction of Prime Minister Imran Khan.

During his visit to Tehran, the Foreign minister will meet with his Iranian counterpart Javad Zarif to exchange views on the evolving situation in the region.

He will visit Riyadh tomorrow to hold talks with Saudi Foreign Minister Prince Faisal bin Farhan Al Saud and consult on the issues of regional peace and stability.

The recent developments seriously endanger peace and security in an already volatile region and underscore the need for immediate and collective efforts for a peaceful resolution.

During these visits, FM Qureshi will share Pakistan's perspective on the current situation by stressing the imperative of avoiding any conflict.

The Foreign Minister will convey Pakistan's readiness to support all efforts that facilitate resolution of differences and disputes through political and diplomatic means.

Iranian armed forces on Saturday admitted that they unintentionally shot down the Ukrainian airliner that crashed this week and blamed "human error" for the mistake.

The plane, which crashed earlier killing all 176 people on board, was mistaken for a "hostile plane" and was hit while enemy threats were at the highest level, according to a press statement published by the official IRNA news agency.

KIEV – Ukraine on Saturday demanded that Iran punish those guilty for the downing of a Ukrainian ...

FM Qureshi will then travel to Washington on Jan 15 where he will meet senior officials of Donald Trump administration to discuss the Middle East crisis.