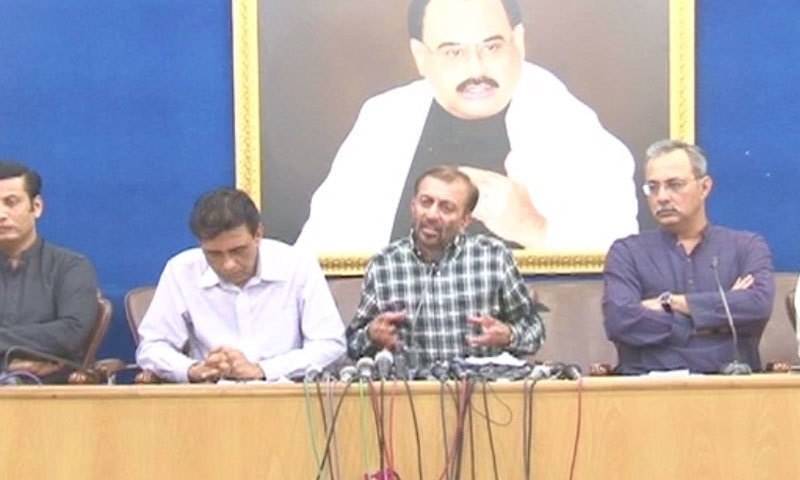 Sharing the details about Wednesday's raid, Sattar said the paramilitary force carried out the operation to arrest notorious criminals but they rounded up at least 110 people and most of them were innocent.

The MQM leader renewed the party's allegation against the Rangers over killing of Waqas Ali Shah, an MQM activist, saying, "We have the evidence to support our claim."

He also appealed to the media to refrain from fabricating the facts and evidence about the incident.

Sattar asked the army chief and director-generals of the Inter-Services Intelligence and Rangers to look into the incident and deliver justice.

The MQM leader however maintained that all the weapons seized in the raid were licenced. “These weapons were kept to protect Nine-Zero from any terrorist attack as per warnings by the security agencies.”

Sattar refuted the claims that Nine-Zero is a "no-go area", and said “no counter firing was done by any person throughout the four-hour raid”.

He emphasized the MQM was the third largest political party of the country and it should be respected. The treatment given to the party in Wednesday’s raid was not justified, complained Sattar.