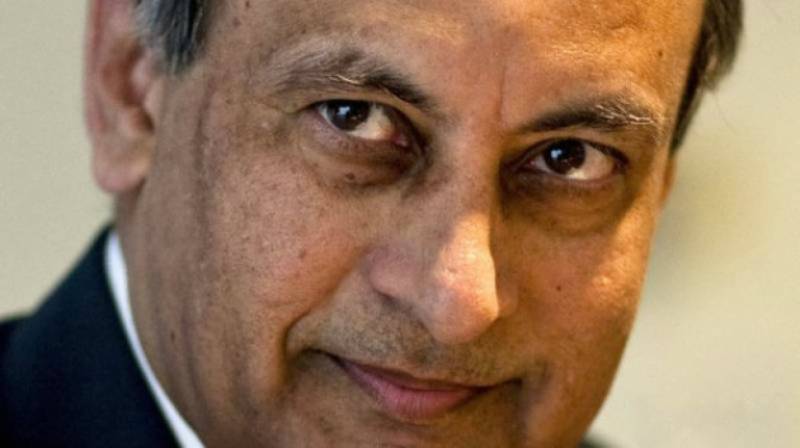 WASHINGTON - Former Pakistani ambassador to Washington Hussain Haqqani has admitted that he helped the United States to station a large number of CIA operatives in Pakistan with the authorization of the then civilian government.

Haqqani, who had served as Pakistan’s ambassador to the US from Apr 2008 to Nov 2011 before being ousted in the purview of memogate scandal, made the disclosure in his piece published in The Washington Post on Friday.

'Among the security establishment’s grievances against me was the charge that I had facilitated the presence of large numbers of CIA operatives who helped track down bin Laden without the knowledge of Pakistan’s army — even though I had acted under the authorization of Pakistan’s elected civilian leaders' he wrote in his article.

'The relationships I forged with members of Obama’s campaign team led to closer cooperation between Pakistan and the United States in fighting terrorism over the 31/2 years I served as ambassador' said Haqqani.

He expressed that these connections eventually enabled the United States to discover and eliminate bin Laden without depending on Pakistan’s intelligence service or military, which were suspected of sympathy toward Islamist militants.

“Friends I made from the Obama campaign were able to ask, three years later, as National Security Council officials, for help in stationing U.S. Special Operations and intelligence personnel on the ground in Pakistan. I brought the request directly to Pakistan’s civilian leaders, who approved,” he added.

Haqqani expressed that from Obama’s public positions and from his meetings with his aides, it was clear that a democratic, civilian government in Pakistan could join with him to help attain his objectives in Afghanistan in exchange for support of consolidation of democracy with greater U.S. economic assistance.

'I sent this message to my bosses in Islamabad and told Obama’s campaign team that we would be willing to play ball. Once Obama took office, this is exactly what happened: Civilian aid to Pakistan was enhanced to record levels in an effort to secure greater cooperation in defeating the Taliban' he stated in his article.

The former ambassador claimed that Pakistan was not apprised of the operation 'Neptune Spear' which led to the killing of Al Qaeda chief Osama bin Laden.

'Although the United States kept us officially out of the loop about the operation, these locally stationed Americans proved invaluable when Obama decided to send in Navy SEAL Team 6 without notifying Pakistan,' he said.

Haqqani, who is labeled as a controversial personality in Pakistan went on and expressed that unfortunately, the United States did not attain victory in Afghanistan, and the Pakistani government’s behavior toward militant Islamists did not change on a permanent basis but for the period he was in office, the two nations worked jointly toward their common goals — the essence of diplomacy.

The former Pakistani envoy said that he was forced to resign as ambassador after Pakistan’s military-intelligence apparatus gained the upper hand in the country’s perennial power struggle.