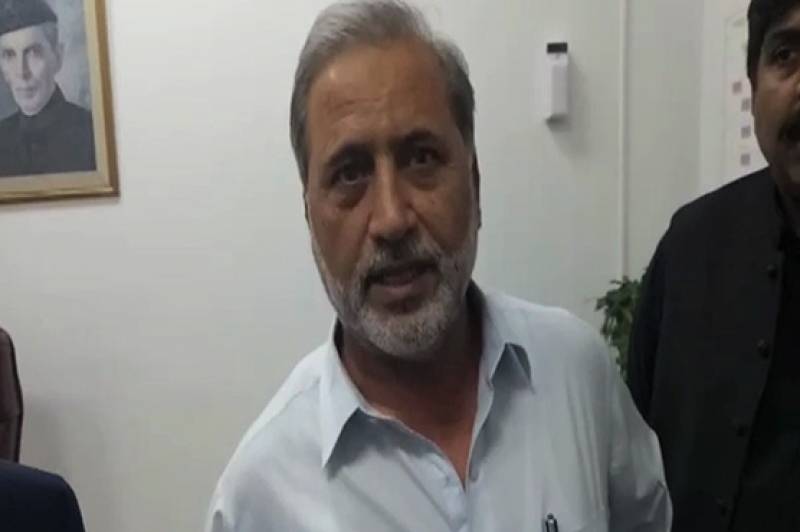 On the occasion of the election of Senate’s chairman in the parliament house the son of Prime Minister and Pakistan Tehreek-i-Insaf’s MNA Hamid- ul- Haq Khalil were sitting in the guest gallery.

When the MNA chanted slogans in favor of PTI, the son of Prime Minister Abdullah Abbasi had caught him from the neck, and both engaged in a scuffle, landing punches and slaps on the other.

After the fight, the staff deputed in the parliament, took PM’s son Abdullah out of the house with full protocol.

Hamid-ul-Haq Khalil said on the occasion “PM’s son caught him me from the neck , and in my self-defense, I thumped him”

PTI’s MNA Hamid-ul-Haq Khalil who is also member of Standing Committee of National Assembly on Petroleum has raised voice in the meetings of the committee as well in the sessions of parliament various times against the direct involvement of the Prime Minister’s family in the petroleum affairs, questioning how the sons of PM are minting money by recruiting their blue-eyed officers for illegal jobs.-Online