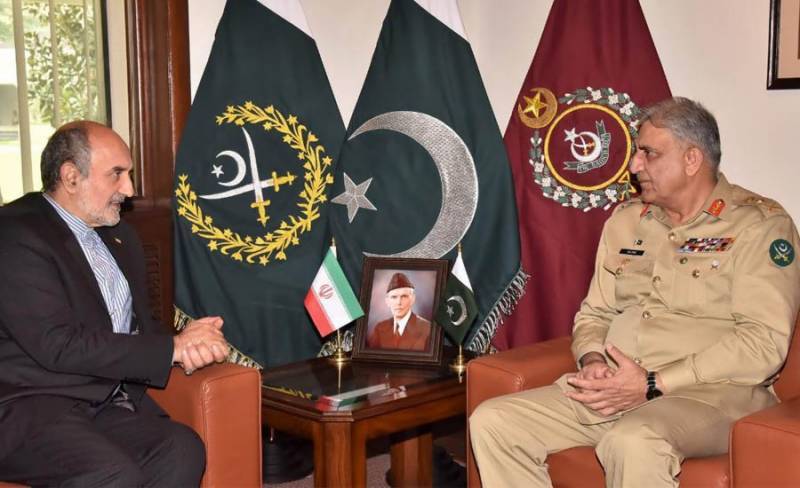 According to a press release issued by the ISPR, COAS thanked the ambassador for his services in Pakistan and acknowledged his contributions towards improving bilateral relations.

The visiting dignitary also appreciated the COAS for contributions of Pak Army towards regional peace and stability and for efforts in making Pak-Iran border of peace.