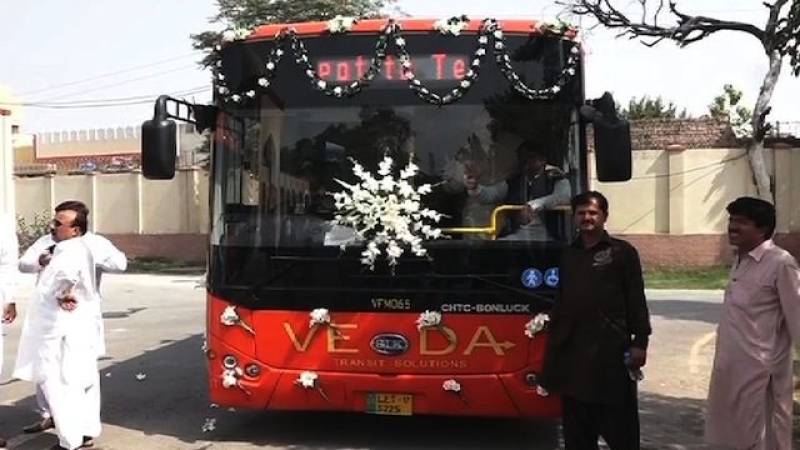 LAHORE - The Punjab Chief Minister Shahbaz Sharif inaugurated the Speedo bus service in Multan on Thursday. In the first phase, a total of 100 air-conditioned buses will be run on 11 different routes in Multan, and an e-ticketing system has been introduced for travelling.

While addressing the inaugural ceremony, the chief minister congratulated the people of Multan over the launch of the Speedo bus service and said that 100 Speedo buses have been provided for the service.

The people will travel in on metro and Speedo buses with a meagre fees of Rs 25 and the facility for physically challenged passengers has also been provided in these buses, he said. After Lahore, the city of Multan has been blessed with this state-of-the-art public transport system, he added.

He said that a mega programme of providing clean drinking water is being started from southern Punjab and the contracts will be awarded at the end of this year. He said that the development works in the region are not a manipulation of works or a fictional story; people can see them materialising with their own eyes.

The CM congratulated the people over the start of the Speedo bus service in Multan. He pointed out that such a gigantic project has not been established in Karachi or in Peshawar or anywhere else in the country. He further criticised the detractors of development projects in Lahore including the metro bus project.