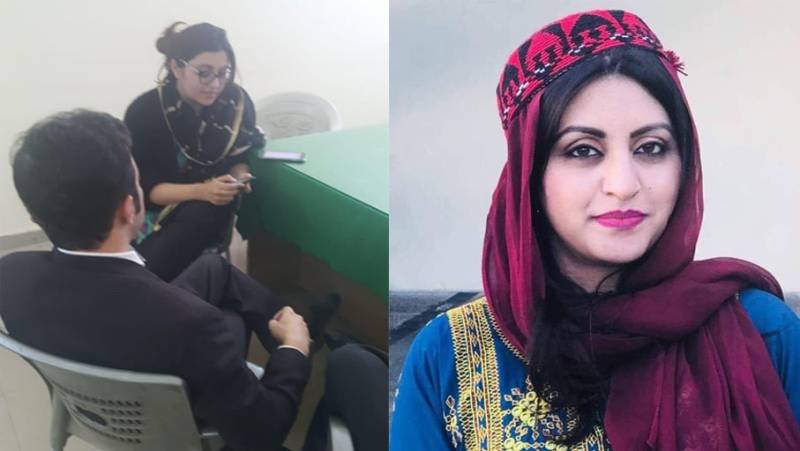 According to her father, she was released from the Federal Investigation Agency (FIA) headquarters in Islamabad, her passport was weithheld by FIA officials.

The active member of Pashtun Tahafuz Movement (PTM) was apprehended by the Federal Investigation Agency (FIA) at Islamabad Airport on Friday upon her arrival from London.

According to details, sources said that the founder of Seeds of Peace network was arrested as her name was on the Exit Control List (ECL).She was taken to FIA Headquarters where she was interrogated for over two hours and was later allowed to go.

However, soon after being released by the FIA, Gulalai tweeted after which the Khyber Pakhtunkhwa police appealed the FIA to again take the PTM activist in custody.