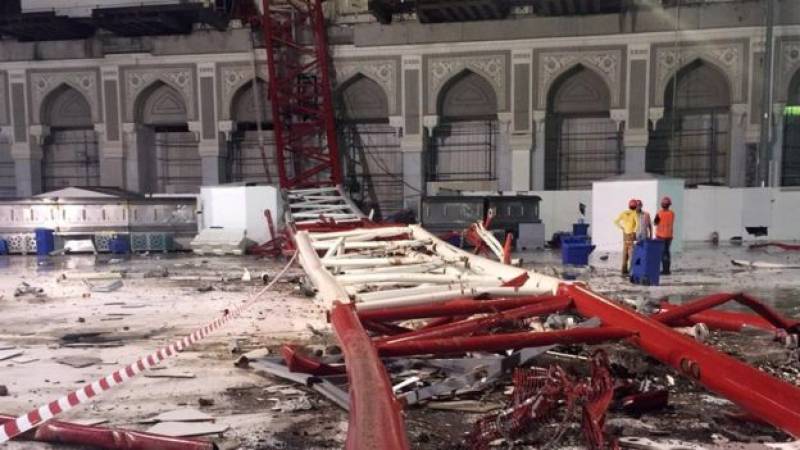 MAKKAH (Staff Report) - More than 50 Pakistani pilgrims have sustained injuries when a powerful storm toppled a construction crane on Friday afternoon at the Masjid al-Haram, or Grand Mosque, in Makkah.

According to sources in the Consulate General of Pakistan, Jeddah, 52 Pakistani pilgrims have been injured in the tragic accident.

Twenty-two pilgrims, who sustained minor injuries, have been discharged after first aid treatment, while 17 are under treatment in several Saudi hospitals, six admitted in King Abdul Aziz Hospital and seven in King Faisal Hospital.

Emergency lines have been set up for Pakistanis to find information about pilgrims:

The death toll in the crane collapse has increased to 107, according to Saudi officials, while 238 have been reported injured.