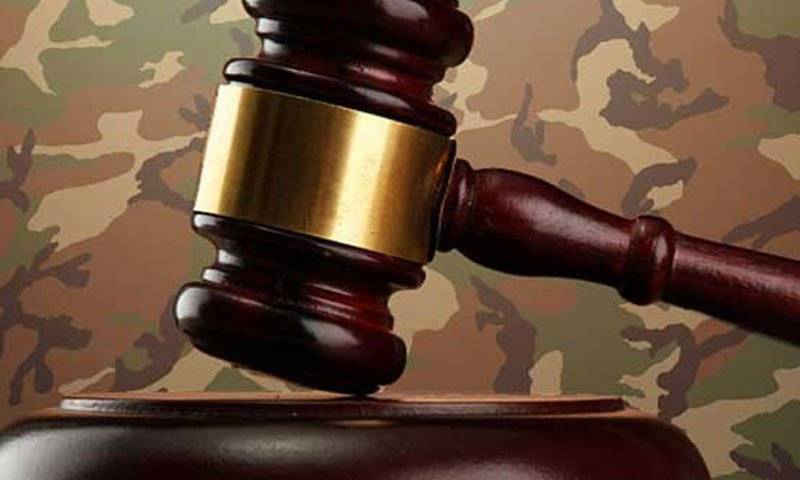 Another terrorist was awarded a lifetime imprisonment for attacking Rangers's personnel in Karachi.

Chief of Army Staff General Raheel Sharif has also confirmed the punishments announced by military court, according to a statement by ISPR. All those convicted can file review petitions in Supreme Court of Pakistan, it further said.

"In view of the nature and gravity of offences preferred against each, seven terrorists have been awarded death sentences, whereas one terrorist has been awarded life imprisonment by the military courts," Inter-Services Public Relations said.

All of the convicted terrorists were found associated with banned Toheed wal Jihad Group except two, Muhammad Farhan and Taj Muhammad, who were members of Jaish-e-Mohammad and Tehreek-e-Taliban Pakistan respectively.

All of the convicts were given a fair trial by following all the legal formalities and providing them legal aid and defense counsels, according to ISPR.

Last year on December 16 a group of terrorists attacked Army Public School in Peshawar and killed as many as 151 people including children. As a result an intensive operation was conducted by Pakistan army's Special Services Group (SSG) to clear the school killing all seven attackers.

In a separate attack three Rangers officials were murdered at Safoora Chowrangi in Karachi.

Main preparators of APS attack are already killed by Pakistan army during an aerial offence in tribal region of the country, according army spokesperson. 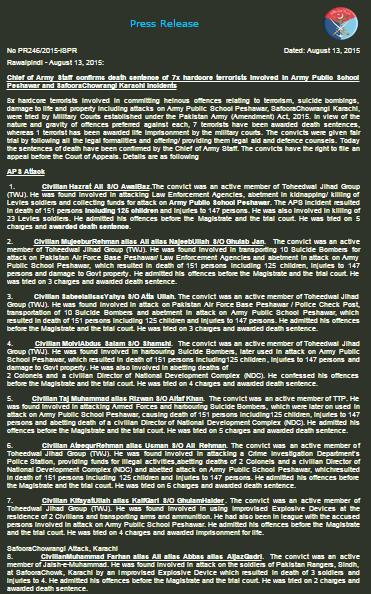