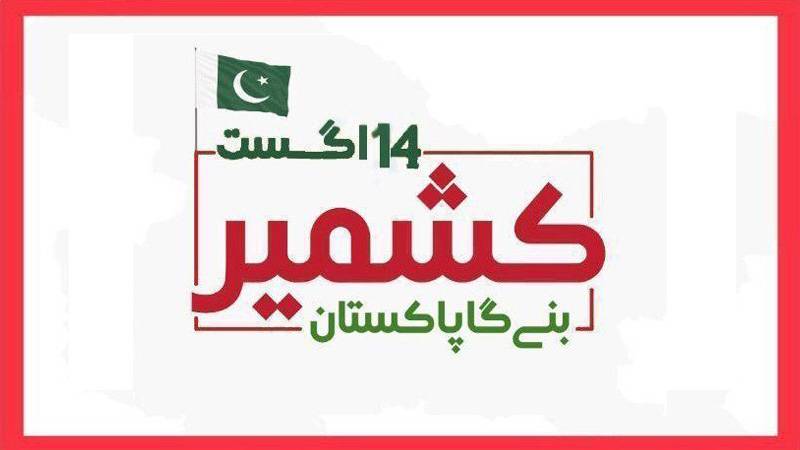 ISLAMABAD – Pakistanis will celebrate their 73rd Independence Day on Wednesday as Kashmir Solidarity Day to express full support to the people living under Indian repression for past seven decades.

Protest rallies will be taken out in all small and major cities of the country and seminars are being organised to highlight the plight of oppressed people in the occupied Jammu and Kashmir.

The government has decided to celebrate the Independence Day to express solidarity with people of occupied Kashmir and entire nation in unified voice will reiterate moral, political and diplomatic support to Kashmiris.

Meanwhile, brisk preparations continued today to celebrate the Independence Day with traditional enthusiasm and zeal are underway across the country.

The government of Pakistan has revealed a special logo for the Independence Day reflecting the theme "Kashmir banega Pakistan".