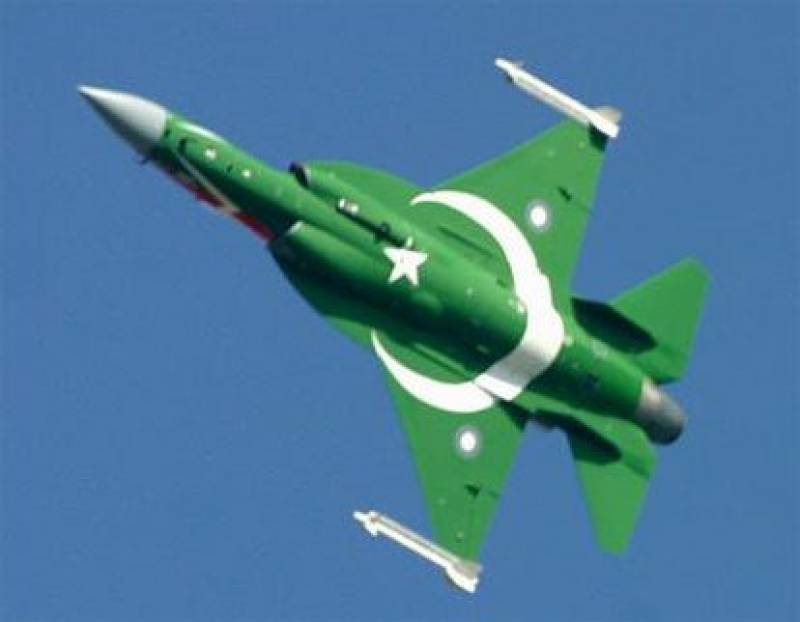 BEIJING - The latest, powered-up version of the JF-17 fighter jet reportedly features technologies from China’s top-notch J-20 fighter jet and made its maiden flight in December, as the warplane co-developed by China and Pakistan saw major upgrades in electronic devices that will significantly increase its combat efficiency, experts said.

With the serial number “3000,” the first JF-17 Block 3 prototype was taken into the skies for the first time in mid-December in Chengdu, Southwest China’s Sichuan Province, Aerospace Knowledge magazine reported in its Sina Weibo account.

According to photos circulated on the Chinese social platform, the aircraft is installed with many commercial off-the-shelf technologies from the state-owned Aviation Industry Corporation of China, the report said.

These include a new and larger holographic wide-angle head-up display and integrated cockpit display similar to the one used by the J-20, in addition to an advanced infrared missile approach warning system used by the J-10C, J-16 and J-20 fighter jets, the magazine reported.

Wang Ya’nan, the chief editor of Aerospace Knowledge magazine, told the Global Times that the JF-17’s flight performance and airframe design have been proven in its past service, but it can quickly improve if equipped with advanced electronic devices.

“China has made a large number of achievements in the development of the likes of the J-10 and J-20, resulting in many mature technologies and equipment… If they can bee used on the JF-17, the pilot could enjoy a significant efficiency increase in flying, which will also boost its combat efficiency,” Wang said.

Analysts said the new additions to the JF-17 can give pilots more situational awareness, allowing them to focus more on combat instead of flying the aircraft.

Another advantage of using mature commercial off-the-shelf technologies is their cost-efficiency, Wang said.

This JF-17 Block 3 prototype did not seem to be equipped with radar, although the JF-17 Block 3 is also expected to be fitted with an advanced active electronically scanned array radar system, according to the report.

The JF-17 Block 3 is the first major upgrade version to the JF-17. It is expected to enter Pakistan Air Force service, the Aerospace Knowledge wrote.

In March 2019, Yang Wei, chief designer of the China-Pakistan co-developed fighter jet, said development and production of the JF-17 Block 3 were underway, and the third block will see the JF-17’s information-based warfare capability and weapons upgraded.

Some other countries have also approached to purchase the JF-17 Block 3, Yang said back then, without naming potential clients.