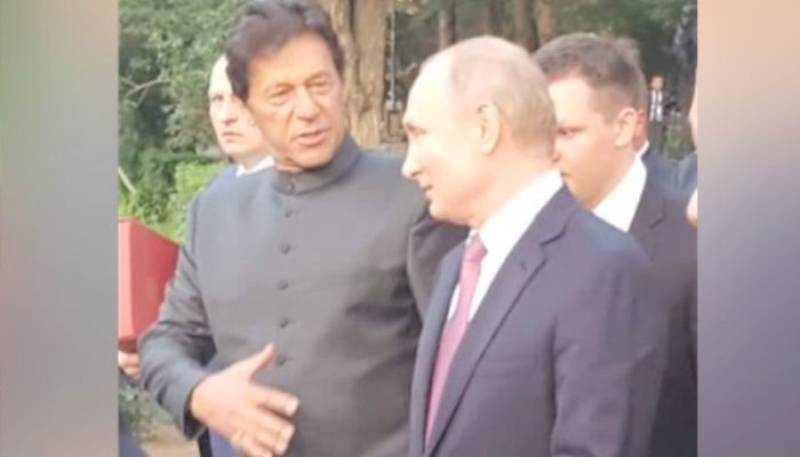 The prime minister arrived in Kyrgyzstan to attend the 19th Meeting of the Council of the Heads of State (CHS) of the Shanghai Cooperation Organisation (SCO) being held in the capital Bishkek.

The prime minister also exchanged views with Putin at length during a dinner, a video of which also stumped the internet.

Such respect in regional and global summits emanates due to the impeccable integrity and brilliant pacifist, progressive vision of the great man. 🇵🇰 pic.twitter.com/aLaabmtaSR

The video captured Imran Khan and Vladimir Putin talking to one another as Indian Premier Narendra Modi and Afghan President Ashraf Ghani looked on, while sitting at one end of the table.

Moreover, PM Khan and his Indian counterpart Narendra Modi entered the hall room together, but did not greet each other and sat on different corners of the hall room.

Bilateral Meeting with President of Kyrgyzstan

In his first bilateral meeting, the prime minister met the President of Kyrgyzstan, Sooronbay Jeenbekov.

According to Pakistan's Foreign Office, the two leaders agreed to comprehensively upgrade bilateral cooperation in all fields and enhance land and air connectivity. 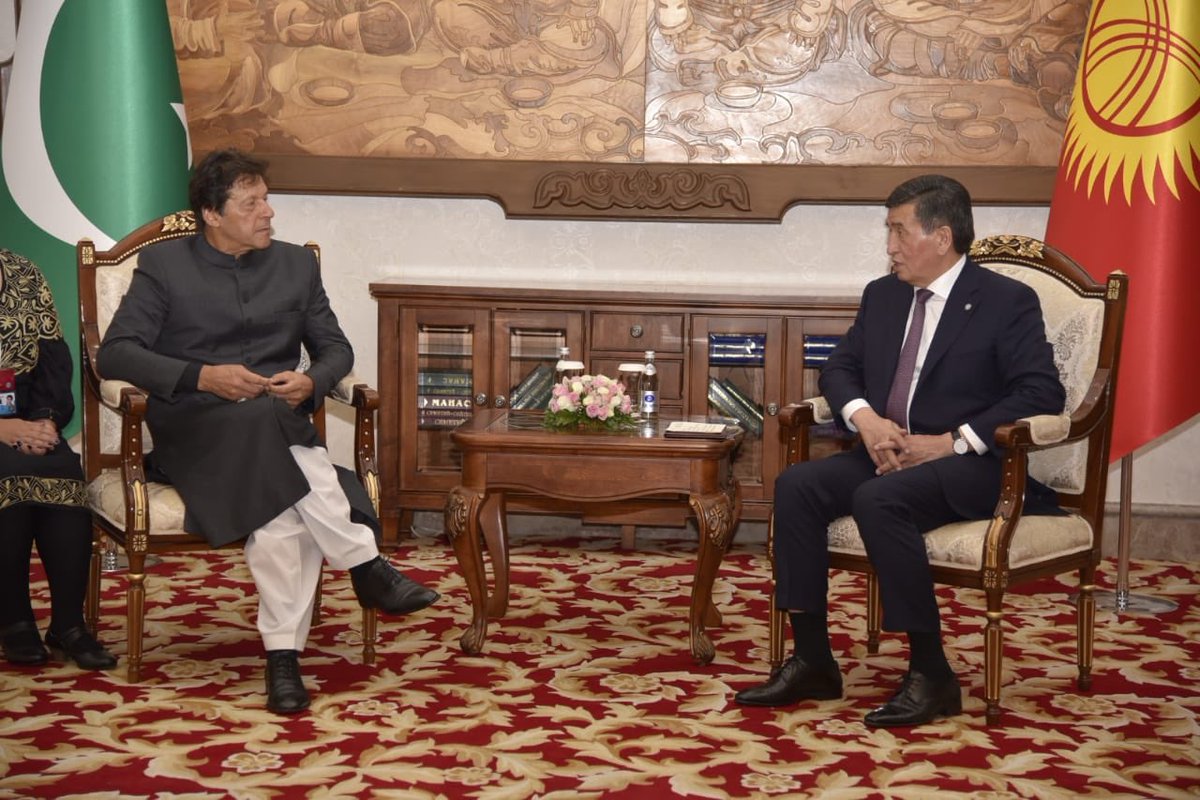 The prime minister will have bilateral interaction with other participating leaders on the sidelines, including with Russian President Putin.