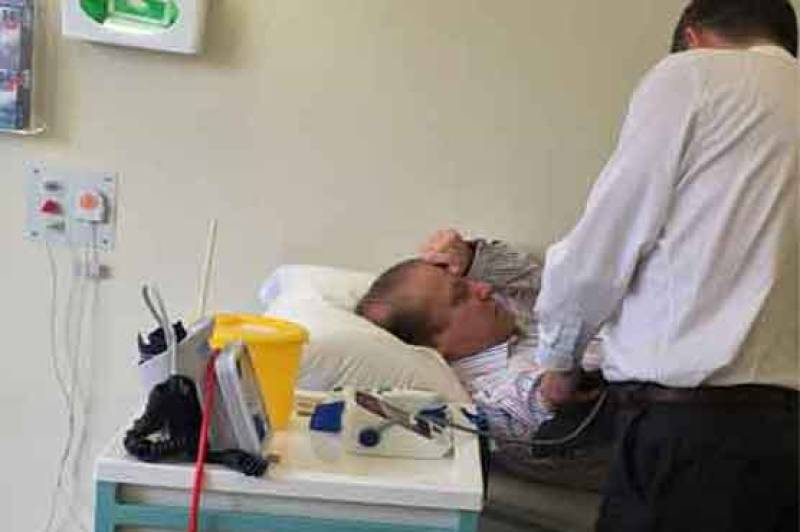 The deposed prime minister came under a shoe attack during his visit to Jamia Naeemia in Lahore’s Garhi Shahu area on Sunday. He left the place after a short speech and reached his residence in Jati Umra.

A team of doctors, comprising heart physician, ENT specialist and general physician, from Sharif Medical City examined the former premier, who was declared unfit for holding the office in the landmark Panamagate verdict.

After the proper checkup, the doctors declared Nawaz Sharif healthy and fit. It is to mention here that the PML-N’s Quaid for life also underwent an open heart surgery in London in the past.

The suspected shoe-attacker and two accomplices were arrested by the police after the incident. The accused identified as Talha Munawar, Sajid and Abdul Ghafoor, have been sent on 14 days judicial remand on Tuesday.