45 killed in terrorist attack on bus in Karachi 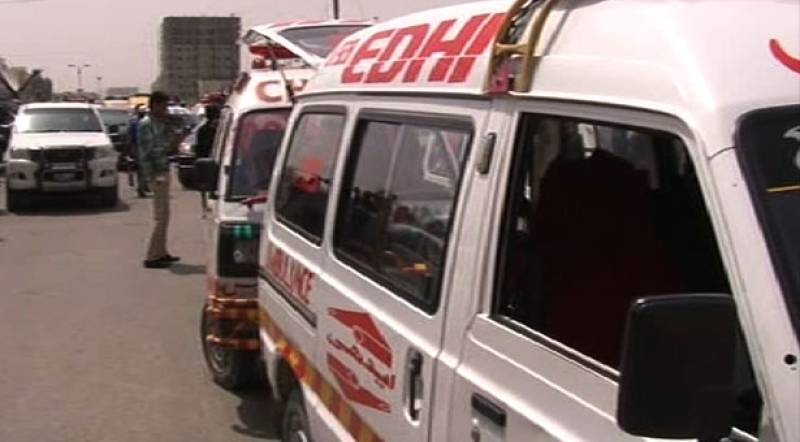 KARACHI (Staff Report) - At least 45 people were killed and 11 people were injured in an attack on a bus carrying members of Ismaili community near Safoora Chowrangi in Gulistan-e-Jauhar area of Karachi.

Sindh Police Inspector General Ghulam Haider Jamali said that 60 people were on board the bus when gunmen opened fire and killed 43 passengers on the spot, killing the bus driver first.

He also confirmed that the armed men used 9mm pistols to carry out the attack. However, independent sources revealed the attackers also used semi-machine guns (SMGs) in the attack.

Hospital sources had earlier confirmed that the dead include 25 men and 16 women. Police officials said that there were no children among the casualties. 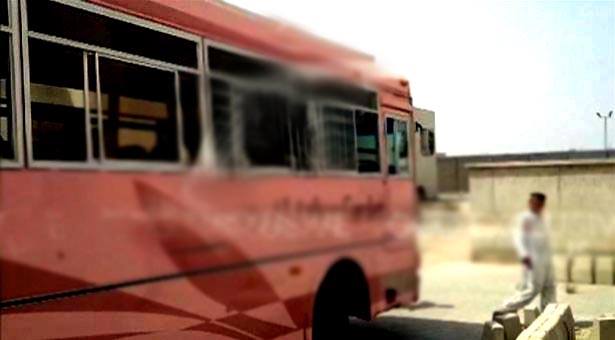 An eye-witness said at least a dozen men riding on three motorcycles opened indiscriminate fire on a bus, wounding several passengers. The attackers who were dressed as security guards managed to escape from the scene after the incident.

“The gunmen stopped the bus and first fired at it from outside,” a senior policeman told AFP. “Then they entered inside the bus and open fire indiscriminately. After that they checked to see if anyone was left uninjured."

An official of the Ismaili National Council, a group which represents the community, added: “We have confirmation of five dead and dozens injured including women and children in an attack on a bus owned by our community's welfare board.

“The dead and injured have been shifted to the private Memon Medical Center nearby,” he said.

Rescuers brought 13 people to Memon Hospital, out of whom two people succumbed to bullet wounds at the hospital, rising the death toll to 45.

The bus belongs to the Al-Azhar Garden Colony, which is an Ismaili community housing project in Karachi. It was on its regular route headed towards Federal B Area of Karachi.

Police personnel reached the spot after the incident and started investigation. A search operation is underway in the area while a heavy contingent of Rangers has also arrived at the spot.

Ahmed Marwat, a spokesman for Jundullah which is a splinter group of the Tehreek-i-Taliban Pakistan (TTP), talking to Reuters claimed responsibility for the attack.

The Al Qaeda affiliated group that started off from South Waziristan has targeted Shias and foreign tourists in the past as well. In November last year, the group had pledged support to Islamic State (IS).

In the past, the proscribed group has claimed several attacks including a blast near the Wagah border in November 2014 and the July 2013 attack on the compound of Pakistan's Inter Services Intelligence (ISI) in Sukkur. It has also claimed the several attacks on polio workers across the country.

Emergency has been imposed in Jinnah Hospital, Aga Khan Hospital and the nearby Memon Hospital where the injured are being shifted.

The Sindh IG, while taking notice of the firing incident, asked Additional IG Karachi to immediately submit preliminary report in this regard, a press release said.

He also directed to facilitate emergency rescue services in evacuation of injured to hospitals for treatment. He further directed to ensure early arrest of criminals involved.

Condemnations poured in soon after today's deadly attack on the bus. Prime Minister Nawaz Sharif strongly condemned the incident. He sought a report into the incident and extended condolences over the loss of lives.

Pakistan Peoples Party (PPP) Chairman Bilawal Bhutto Zardari and co-chairman Asif Ali Zardari also strongly condemned the attack, according to a statement. Bilawal sympathised with the victims and urged for stern action against the terrorists.

He added that this incident raises questions over the provincial government's performance pertaining to peace in the province. The government must provide complete medical facilities to the injured and take strict action against those responsible for this attack, he said.

Stunned & grieved at most condemnable terror attack in Karachi on ordinary citizens of Pak belonging to a most peaceful community.

Muttahida Qaumi Movement (MQM) Chief Altaf Hussain also expressed his deep grief and sorrow over the attack. He termed the attack the worst form of terrorism, calling those behind the attack savages. Others took to Twitter to express their grief and condemnation over the brutal attack. Indian Prime Minister Narendra Modi tweeted:

The attack in Karachi is deeply saddening & utterly condemnable. Our thoughts are with the families of the deceased. — Narendra Modi (@narendramodi) May 13, 2015

We stand firmly with the people of Pakistan in this hour of grief. I wish all those injured a quick recovery.

I strongly condemn the brutal terrorist attack in Karachi. Innocent lives have been lost in a senseless act of violence: Rahul Gandhi — Office of RG (@OfficeOfRG) May 13, 2015

41 killed in karachi in a terrorist attack...still state is unclear on sectarian issue. — Asma Shirazi (@asmashirazi) May 13, 2015

The Ismailis in Pakistan are a peaceful, progressive and largely apolitical community predominantly working in the health and education sectors.

In the past there has been anti-Ismaili violence in Chitral and Gilgit-Baltistan, mostly in the form of communal flare-ups. In 2013, a bomb attack at Karachi's Aisha Manzil killed four and injured 42 others.

The outlawed Tehreek-i-Taliban Pakistan had claimed responsibility for the attack.