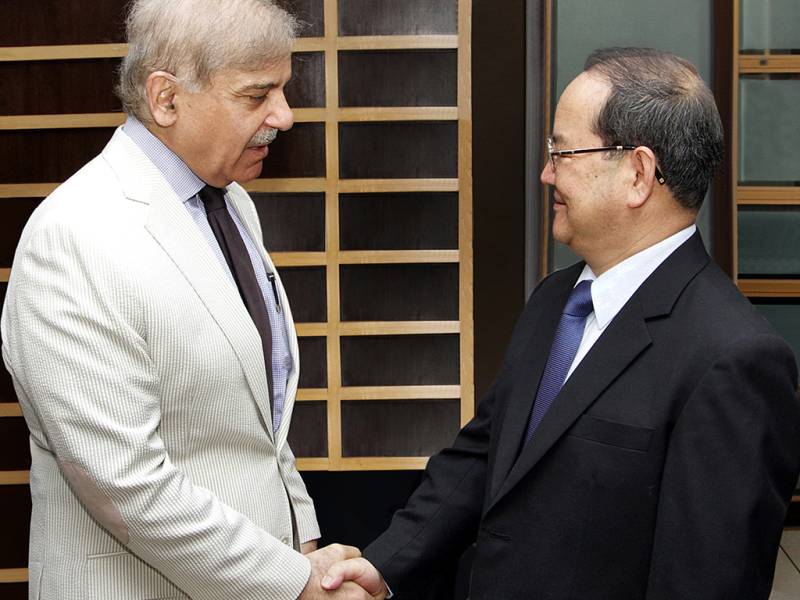 How it is to see all four provincial heads of Pakistan along with Prime Minister Nawaz Sharif together in China on common grounds – representing Pakistan. Pakistan’s delegation, led by the Prime Minister comprising Chief Ministers of Punjab, Sindh, Balochistan and KPK along with federal ministers and other key members is in China on the invitation of Chinese President Xi Jinping to attend ‘One belt One Road Summit 2017’.

Apart from CM’s engagements with Prime Minister Nawaz Sharif and other delegates, the Chinese leadership seems to be holding separate meetings with Chief Minister Punjab.

Now here is something noteworthy: Chief Minister Punjab attended a special dinner hosted by the Vice President of Communist Party in China yesterday. The dinner led to a discussion on four topics most importantly; CPEC, Punjab in business with Chinese provinces (province-to-province relations), enhancing people-to-people exchanges, and of course, Pakistan-China relations as strategic partners in the global arena.

It is undoubtedly true that Punjab is deemed a highly important province in the region, not only in Pakistan. The Vice President Communist Party of China acknowledged that he and members of his delegation have been greatly impressed by the speed of work of the Punjab Government. He also added that he is happy to see the implementation of CPEC projects with transparency, quality and speed in Punjab. CPEC has undoubtedly made Pakistan an even more important country in the region and its implementation process is highly satisfactory already, which is why the world eyes political, economic and strategic developments in Pakistan.

In addition, Punjab sent students to China for learning Chinese language which is further promoting people-to-people relations between the two countries.

Moreover, we already know that China recognizes ‘Punjab Speed’ as symbol of development and progress in the province as compared to ‘Shenzhen Speed’. The Vice Minister CPC also lauded the Chief Minister by quoting that CM Shehbaz is even more hardworking than the Chinese.

It is important to highlight that the Chief Minister will be meeting with Chinese political and business leadership to discuss projects of mutual interest and future cooperation in addition to bringing low-cost housing schemes and other public welfare projects to Punjab.

Last year, when the Chief Minister Punjab visited China in July, business and investors were attracted to Punjab. This time around, more beneficial agreements and growth opportunities can be looked forward to. Punjab has undoubtedly set an example of speedy implementation of joint ventures of mutual cooperation especially.

Towards ‘CPEC Plus’ or a Balancer? Saudi Entry Raises Hopes, Stakes, and some Critical Questions