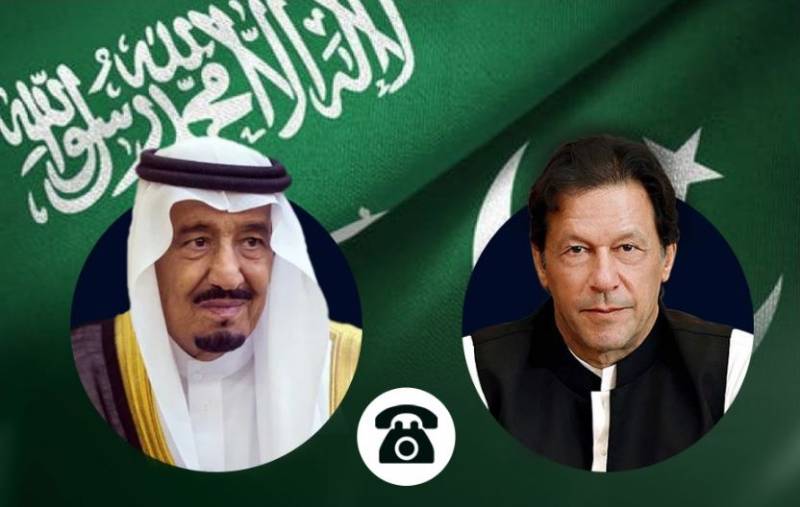 He profoundly thanked His Majesty the King for the warm hospitality extended to him and his delegation, the auspicious opportunity to allow the delegation to enter the Holy Kaaba and the Roza-e-Rasool (Peace be Upon Him), and congratulated him on the success of the visit.

The Prime Minister while recalling his recent meeting with HRH Crown Prince Muhammed bin Salman reaffirmed the strong, brotherly relations between the two countries and conveyed the deep reverence, which Pakistan accords to the Saudi leadership. The two leaders exchanged views on issues of bilateral significance and discussed ways to enhance cooperation in various fields of mutual interest.

Prime Minister Imran Khan vowed Pakistan's resolute commitment to the sovereignty and security of Saudi Arabia, as well as defence of the Two Holy Mosques. He further commended the Kingdom’s role as the leader of Muslim Ummah and also underscored its contribution to the promotion of regional peace.

Prime Minister expressed concerns on the latest situation in Palestine and condemned the Israeli Forces' heinous attack during the month of Ramazan on the Palestinians in and outside Al-Aqsa Mosque, defying all norms of humanity and international law.

ISLAMABAD – Rice charity by Saudi Arabia has drawn the ire from political and social activists as critics are ...

Prime Minister extended the invitation to King Salman to visit Pakistan. It was agreed to maintain positive momentum in high-level exchanges between the two brotherly countries.