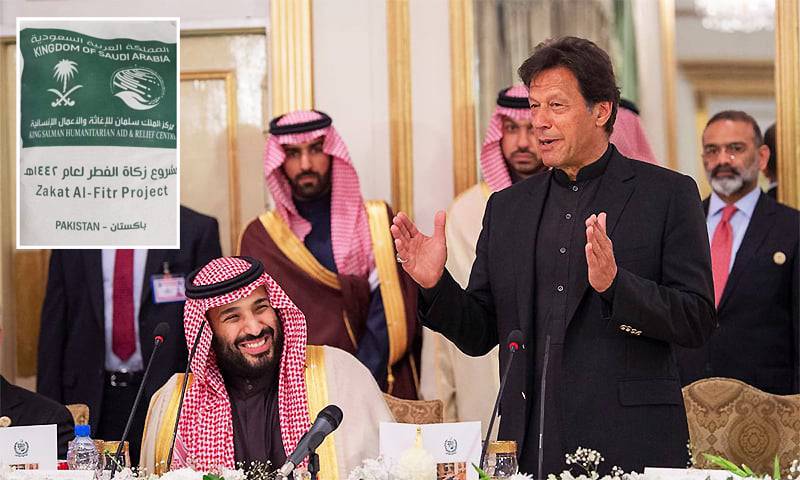 ISLAMABAD – Rice charity by Saudi Arabia has drawn the ire from political and social activists as critics are viewing it as an outcome of what the PTI incumbent government has been calling a highly successful visit to the Kingdom.

The controversy started with the distribution of charity on Tuesday as major political parties lashed out at government officials especially at the premier over the nature and timing of the charity which followed shortly after his visit.

Earlier, the Saudi aid agency had announced to provide at least 440 tonnes of rice under its Zakat al Fitr project for distribution in Pakistan.

Pakistan Peoples Party chairman Bilawal Bhutto-Zardari also lambasted Khan for achieving nothing except 19,000 bags of rice from Saudi Arabia in the form of Fitra and Zakat.

Lamenting at the situation, the young Bhutto said that the price of total charity is comparatively cheaper than the expenses accrued on the official tour of the Prime Minister, and the delegation. Adding that, Pakistan has finally found that the puppet PM's long struggle was to render Pakistan a beggar country.

Khan comes to power after a struggle of more than 2 decades just to get rice sacks for an atomic power country, he further added.

Meanwhile, PM aide Tahir Ashrafi while speaking with an English newspaper told that ‘the charity was not new as the poor in Pakistan had been receiving it in the past as well. This time the Saudis, instead of giving it to individuals and groups, were distributing it in collaboration with the government, he clarified.