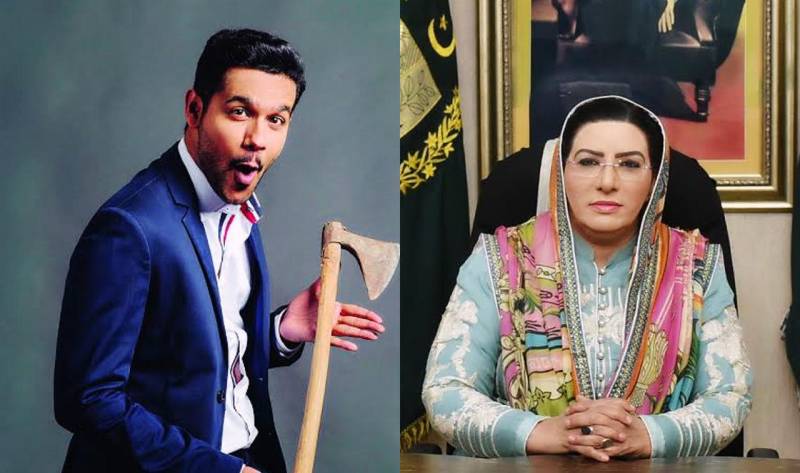 Pakistani comedian Ali Gul Pir has proved from time to time that he is the king of subtle roasting. This time around, he hilariously takes a dig in a form of a parody video on the statement made by Dr Firdous Ashiq Awan, which is going viral on the internet.

Pir's ability to call spade a spade shines as he posts the video of a funny parody and surely so, he is someone who can ace mockery with perfection.

Leaving millions of netizens laughing, he effortlessly glides into the politician's shoes as he channels her statement incorporating his cheek and tongue humour.

Turning to his social media , he posted the video with a hilarious caption where he says,"No pappi no jhappi but still advance mai Eid Mubarak!"

Netizens are loving Pir's version and applauding him for using comedy as its keeps things light-hearted and deliver the message more effectively.

Earlier, Dr Firdous Ashiq Awan during a recent press conference had directed to strictly adhere to SOPs on Eid in order to prevent the spread of Coronavirus.

In a statement, Special Assistant to Prime Minister on Information and Broadcasting, Firdous Ashiq Awan, advised celebrating Eid with simplicity mentioning that there would be no invitations to Eid-ul-Fitr parties nor should there be any traditional Eid hugs and kisses – “No pappi no jhappi”.