7 children among 13 killed as landslide buries shanties in Karachi 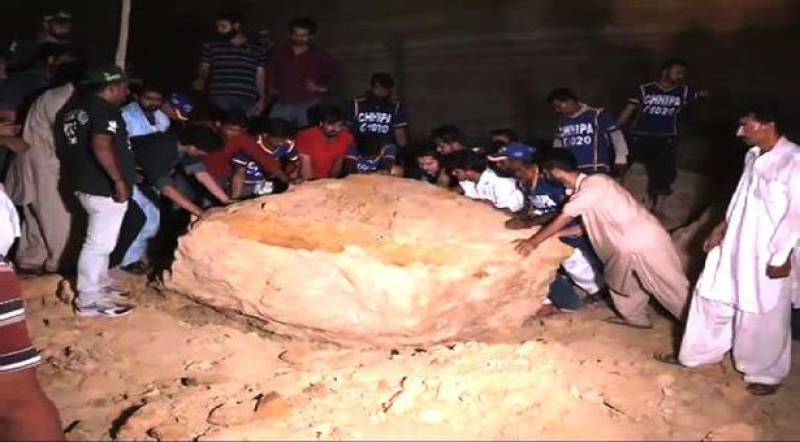 KARACHI (Staff Report) - About 13 people died in an incident of landsliding at Gulistan-e-Jauhar early this morning.

Ten persons were also injured in the incident.

Rescue work is underway. Rangers personnel are also taking part in the operation.

Eight dead bodies have been recovered, while six people are still trapped in the debris.

The incident happened when a mass of rock and soil fell on a slum from nearby hill.

According to rescue services, seven children and three women were among the thirteen bodies dug out from the rubble.

The dead belonged to the southern Punjab.

Rangers’ personnel also took part in the rescue effort that continued for hours till morning.

The landslide that occurred at 2 AM buried three shanties located on a plot in Block 1 of Gulsitan-e-Jauhar area.

Most of the people living in the shanties were asleep when the incident happened.

Prime Minister Muhammad Nawaz Sharif has expressed deep grief and sorrow over the sad demise of 13 people landsliding in Karachi.

He directed the concerned authorities to speed up relief efforts and ensure recovery of all person stuck in the sand.

Prime Minister has also directed to provide special medical care to the injured and every possible help to the families of the deceased.