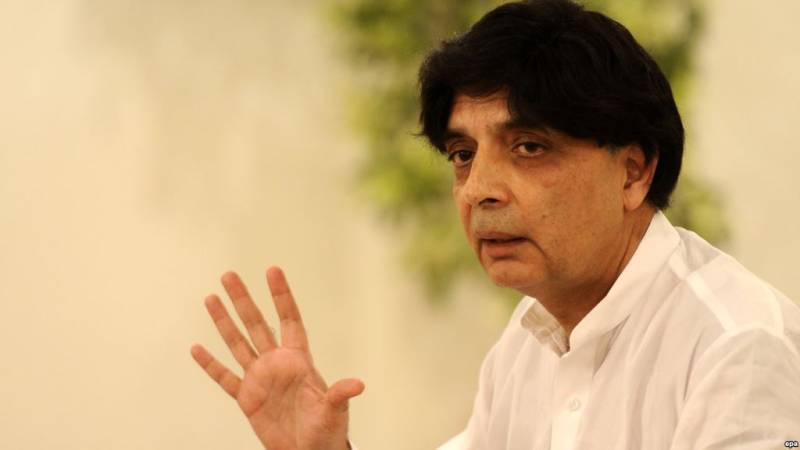 ISLAMABAD - Interior Minister Chaudhry Nisar Ali Khan on Thursday reiterated the government stance that the Dawn’s story on a recent meeting between civil-military top brass is incorrect but stressed that not just a journalist but before inclusion of any Pakistani’s name in the ECL inquiry must be conducted.

During a press conference in Islamabad, the interior minister said that not just Cyril Almeida, senior columnist of Daily Dawn, but two or three other people are also part of the inquiry and will also not be allowed to leave the country.

The PML-N minister went on to say that the contents of the story are echoing what our enemies are saying and has given them an opportunity to create a charge sheet against Pakistan.

An inquiry committee has been formed and will look into the matter, he further informed.

During the news conference, the minister also brought a new E-passport system to the knowledge of journalists. Nisar hoped the new system would be operational throughout the country in two years.

The issue of fraud would be drastically decreased with this new passport system, he added.

The first phase of the E-passport system would commence from June next year and the entire upgrade would cost Rs 600-700 million.

According to the minister, some 72 new passport offices would be established each year.