Armed Forces ready for befitting response in case of any misadventure: Air Chief 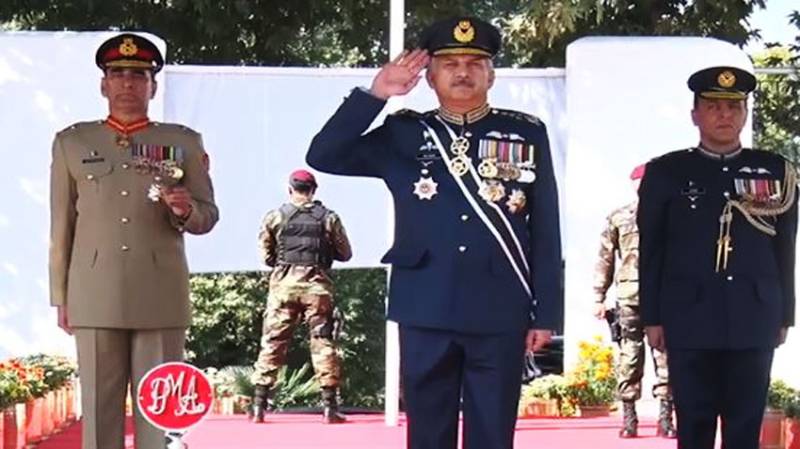 According to ISPR, addressing Passing out Parade of Cadets at PMA Kakul, he said Pakistan Armed Forces take pride in their sacrifices against war on terror and bringing peace and normalcy in the country.

He said valiant Armed Forces are fully ready to respond befittingly in case of any misadventure.

Air Chief advised cadets that they have to come up to expectations of the nation by attaining highest standards of professional excellence and personal conduct, the Radio Pakistan reported.

He congratulated the passing out cadets and their parents for successful completion of training and commission into service.