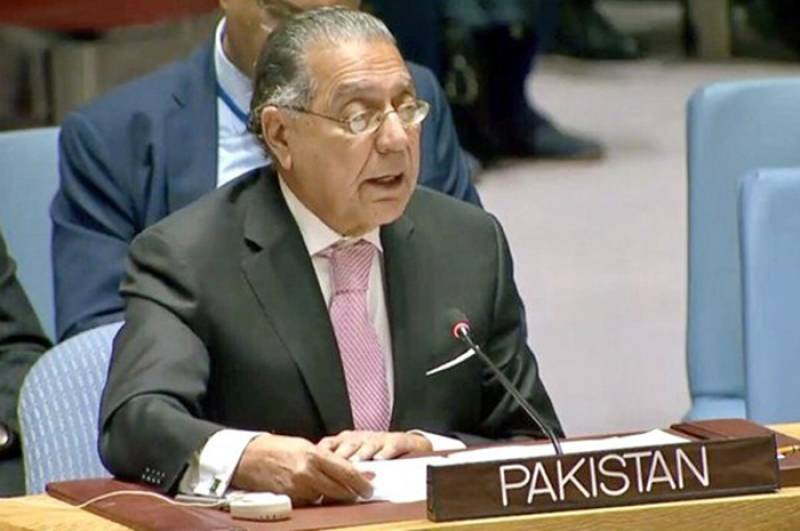 UNITED NATIONS - Pakistan was on Tuesday re-elected to the United Nations’ top human rights body for a period of three years beginning January 1, 2021, with a big vote of 169 in the Asia-Pacific group.

The 193-member UN General Assembly held elections for 15 new members to the 47-member Human Rights Council, which is based in Geneva.

“Pakistan’s success in this important election is a reflection of the country’s high standing in the international community,” an elated Pakistani Ambassador Munir Akram said.

“It was due to the personal outreach to world leaders by Prime Minister Imran Khan and Foreign Minister Shah Mahmood Qureshi, the skillful guidance of the Foreign Ministry and the contribution of all Pakistan Missions abroad and my team here at the United Nations,” he said.

“I would like to single out, in particular, First Secretary Jawad Chatta, whose dedicated and untiring efforts went a long way in making possible this outstanding result.”

This is the fifth time Pakistan has been elected to the Council — the first success came in 2006 when the Council was created by the UN General Assembly.

Pakistan polled 169 votes, when 97 were needed.

The election in the General Assembly was by secret ballot, with a simple majority required.

The contest was only in the Asian-Pacific group. Other groups put up agreed candidates: Five candidates contested for the four Asia-Pacific seats on the Council. Apart from Pakistan, China, Nepal and Uzbekistan were elected. Saudi Arabia, with 90 votes, could not make it.

Members of the Council serve for a period of three years and are not eligible for immediate re-election after serving two consecutive terms.

The Council is an inter-governmental body within the UN system responsible for strengthening the promotion and protection of human rights around the globe and for addressing situations of human rights violations and make recommendations on them.