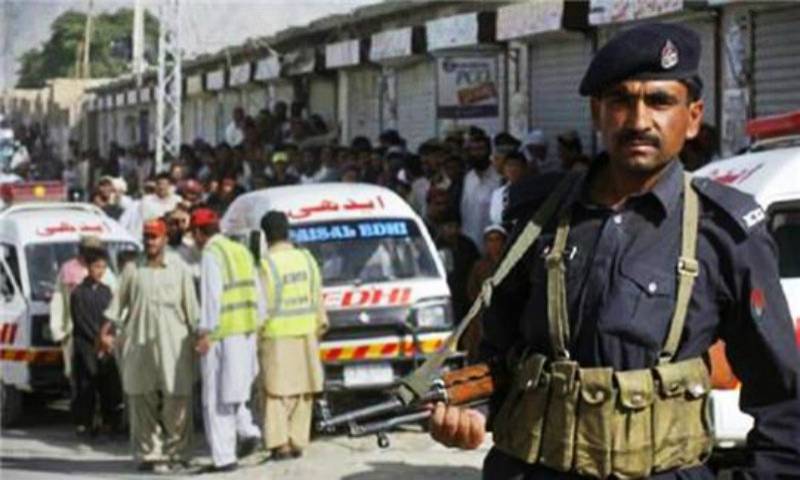 According to police, an Improvised Explosive Device (IED) had been planted on the road side. A police van was attacked in the huge blast, as it approached the Sariab Road of Quetta, Balochistan.

The blast damaged the vehicle and three other private vehicles.

The injured were initially taken to Civil Hospital Quetta for medical treatment.

Police and other security agencies cordoned-off the area while the investigations are underway.

The blast, which was heard far and wide in Quetta city, caused panic among the citizens.

Earlier on August 8, a deadliest explosion took place at Quetta civil hospital when nearly 200 people including lawyers and journalists gathered to cover a protest over the murder of Balochistan Bar Association president Bilal Anwar Kasi. Over 70 people were killed and dozens wounded in the suicide attack.