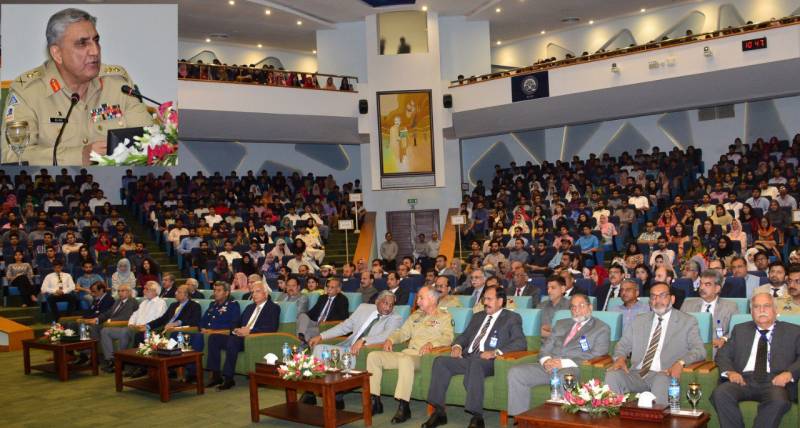 According to the military's media wing, the army chief emphasized on the youth to strive for excellence to always ask themselves what they can do for their country.

He appreciated the improvement in NUST’s standing at the international level ranking, adding that  NUST is a leading University in Pakistan which would have the presence in all four provinces after the establishment of Quetta Campus.

In addition, NUST is playing a pivotal role in producing a stream of scholars and engineers of the highest caliber.