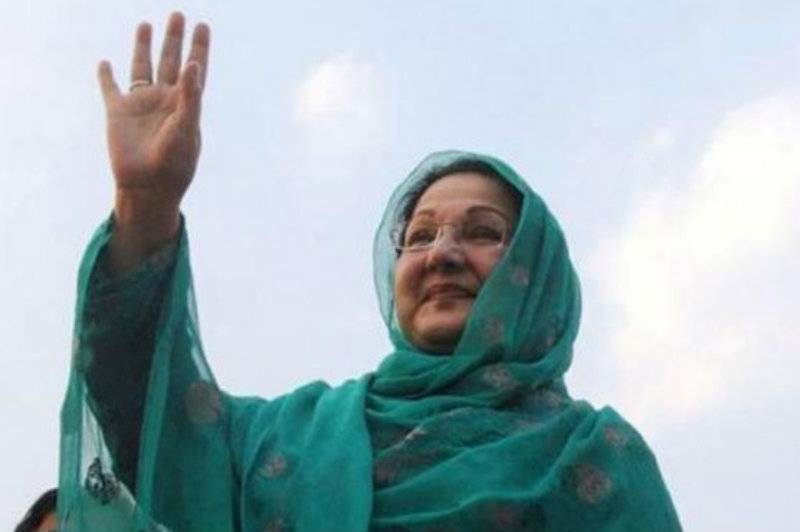 LONDON - Members of the Sharif family gathered at the Regent Park Mosque in London for the funeral prayers of Kulsoom Nawaz on Thursday, who breathed her last a few days back.

After the funeral prayers led Khalifa Ezzat, the body of Kulsoom Nawaz would be flown to Pakistan through PIA's PK-758 flight which will land early Friday in Lahore.

Kulsoom Nawaz, who was suffering from Lymphoma and was taken to the British capital city last year, would be buried at the family hometown, Jati Umra of the former ruling family on Friday.

Meanwhile, former premier Nawaz Sharif, his daughter Maryam and son-in-law Captain (r) Safdar were released on parole for a period of five days to take part in the burial of Kulsoom Nawaz.

A funeral prayer in Pakistan would also be offered for the 68-year-old former first lady, led by renowned Islamic scholar Maulana Tariq Jameel.