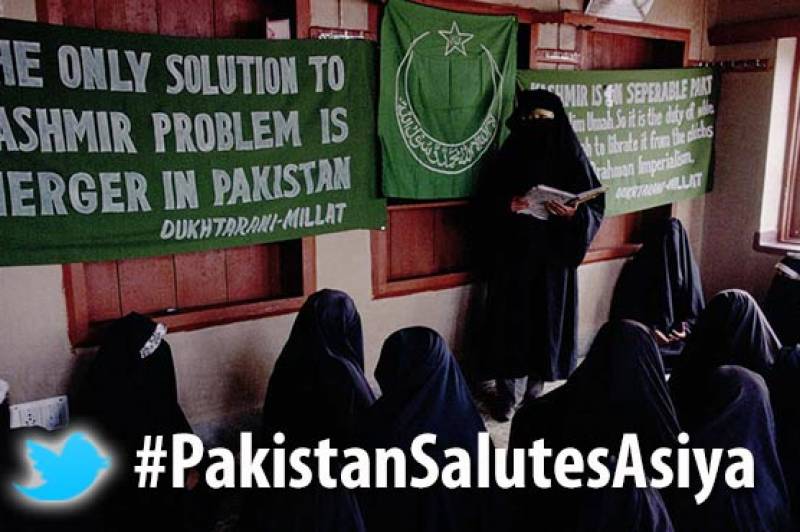 According to Indian media report, Andrabi and dozens of activists gathered in Bachpora area of the city to celebrate Pakistan's independence day. Later on the footage of ceremony showed Adrabi singing Pakistan'a national anthem while waving Pakistani flags.

Earlier a case was registered against Asiya Andrabi after she conducted a ceremony to mark Pakistan Day on march 23 this year. Pakistani flag was also hoisted at the ceremony.