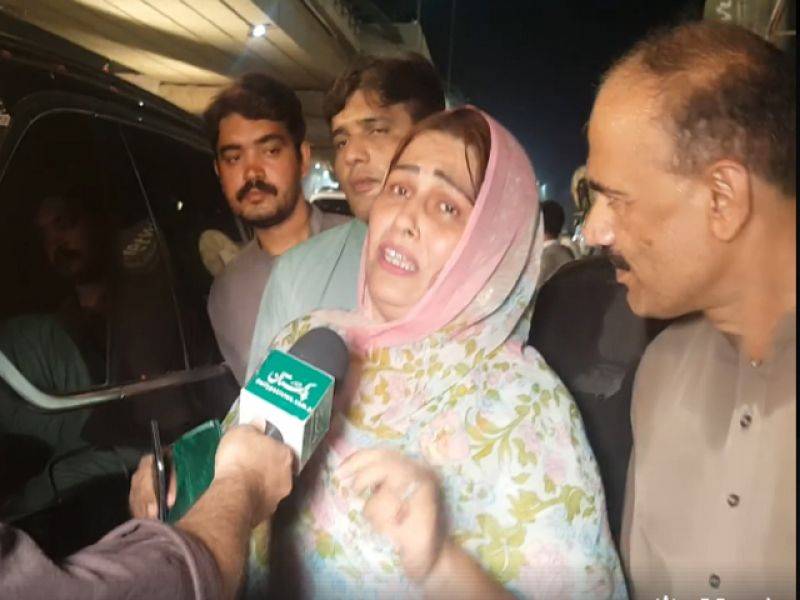 LAHORE - The daughter of the former premier, Maryam Nawaz sought the details of a stalwart of ruling Pakistan Muslim League Nawaz who kept crying on camera to meet Nawaz Sharif.

According to the details, leading media outlet Daily Pakistan on Saturday recorded an interview of a lady who was literally crying and asking for help in a bid to meet her leader and former premier, Nawaz Sharif.

The middle-aged lady identified as Nargis Mateen in a weeping tone expressed that Nawaz Sharif was a fatherly figure for her and she could do anything for him.

Assuring that she was not crying for media attention, the lady kept asking for any sort of help so she could meet Nawaz Sharif, who was winding up his final leg of GT Road show and was about to address a crowd at Data Darbar Lahore.

Just after a day of her interview, Maryam Nawaz, who is quite active on microblogging site got to know of the video clip and asked her followers whether anyone could connect her with Mateen.

Can anyone pls help me get through to the lady? Anyone who knows her ? https://t.co/Og5k5g7R46

It is still not confirmed whether Maryam Nawaz got in touch with the lady and organised the meeting or not.