Pakistan and Israel: Time for a fresh start 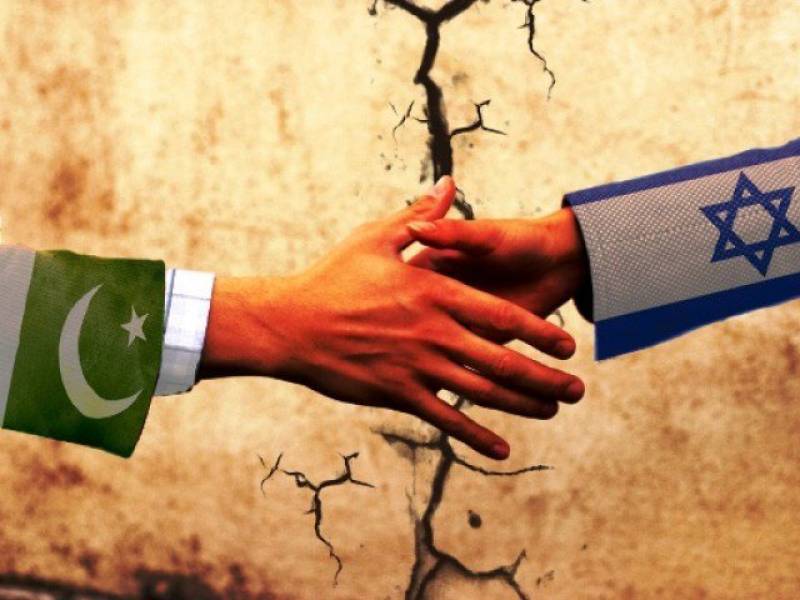 Pakistan has suffered leadership stagnation for years. But Imran Khan has changed it. The troubled country received some of the best international coverage after word got out he swept the July 25 election. Even in countries with little or no interest in Pakistan, newspapers and TV stations devoted space and airtime to Pakistan and Imran Khan.

This is impressive considering most of the world does not even know what cricket is. So, Khan to them was not a sporting hero. The fact that he garnered so much interest is testament to his charisma. He is a heartthrob at 65. The only other celebrity in this age group to garner this level of international adulation is Tom Cruise, who is 56 this year.

Imran Khan offers a smart, globalist face of Pakistan to the world. His election is an opportunity to push a new global narrative and restore the country’s activist role regionally and internationally.

Not since Benazir Bhutto’s election in 1988 has an elected Pakistani leader created this much goodwill for Pakistan across the world. Military leaders like Gen. Musharraf and Field Marshal Ayub Khan had this effect.

But Imran Khan is different. He evinces a modern, attractive and internationalist image of Pakistan. He represents a different Pakistani personality that had disappeared in recent years: a global citizen, a celebrity, proud of the country’s culture and religion and open to the global civilization.

He is as much at ease in Pakistan as he is in London, Genève or Monaco. He is a natural in the traditional Pakistani dress and in western attire.

From 1988 to 2018, it took Pakistan thirty years to elect someone who puts the country into international newspapers and television without spending a single advertising penny. India is spending hundreds of millions of dollars to give Indian leaders and celebrities the kind of publicity space in world media that Pakistan’s Imran Khan receives for free.

Pakistan can and should use Khan to make new inroads in India, the West, and the Middle East. This does not mean compromise. It means finding new and creative ways to promoting Pakistani interests.

In India, the ruling establishment in New Delhi was alarmed at how enamored the Indian media and public were with Pakistan’s new leader. The Indian public was ready to believe what Khan said over what their own government was telling them.

In America, despite some acerbic commentary on Pakistan’s election, Khan’s rise led to rekindling of sympathy for the country. For example, columnist Arthur Cyr lamented that American media forgets that Pakistan was a close American ally.

He wrote nostalgically, “The British-trained military is extremely capable. During the Cold War, Pakistan was generally a conservative counterweight to neutralist India and communist China.”

And even when writing a negative article on the Pakistani election, former CIA analyst and long-time critic of Pakistan Bruce Riedel acknowledged that America has been as much an ‘unreliable partner’ to Pakistan as it is accused of being to the US.

The Israeli media too is interested in Pakistan after Khan’s election. And this is an area of foreign policy that Pakistan should consider. Islamabad is receiving help from China, the UAE, and Saudi Arabia to help ease tensions with the United States. Israel can play this role effectively under Trump administration.

Earlier this year, Prime Minister Benjamin Netanyahu became the first Israeli leader to publicly send a message of friendship to Pakistan from the Indian soil. A senior Indian journalist nudged Netanyahu during a television interview in New Delhi, in January this year, to say something against Pakistan.

“We (Israel) are not an enemy of Pakistan and Pakistan should not be our enemy either,” said Netanyahu, much to his interviewer’s dismay. He went out of this way to emphasize the economic nature of Israel’s cooperation with India and that it is not military and not directed at Pakistan.

Netanyahu’s Indian hosts may not have been very pleased with the Israeli leader using a visit to India to flirt with Pakistan. This bold Israeli move prompted some discussion in Islamabad on whether Pakistan should publicly welcome the Israeli statement.

Earlier this year, Palestine withdrew its ambassador in Pakistan on Indian request after he was photographed with a Pakistani clerical leader wanted in India. The Palestinians ignored Pakistani request to keep the ambassador.

Relations between Pakistan and Israel will not come at the expense of Pakistani support to an independent Palestinian state. This is a cornerstone of Pakistani policy. But introducing a balance in relations with the Palestinians and Israel is a good idea. Turkey, Egypt, Jordan, Indonesia, Azerbaijan and many Muslim nations do this.

There is also the question of reciprocity on Kashmir. During the debate on Jerusalem at the UN earlier this year, Pakistan drew the ire of the US by cosponsoring Egyptian and Turkish resolutions.

I like the Turkish policy in this regard. Ankara robustly supports the Palestinian right to self-determination and simultaneously maintains a profitable business relationship with Israel.

Turkey did not hesitate to send its troops to participate in wars in Muslim territories like Syria and Afghanistan when Turkish interests were at stake. And when Washington slapped sanctions on it this month, President Erdogan wrote an op-ed in New York Times emphasizing how Turkey stood ‘shoulder to shoulder’ with America on many occasions, but that Ankara will seek other allies if America mistreated Turkey.