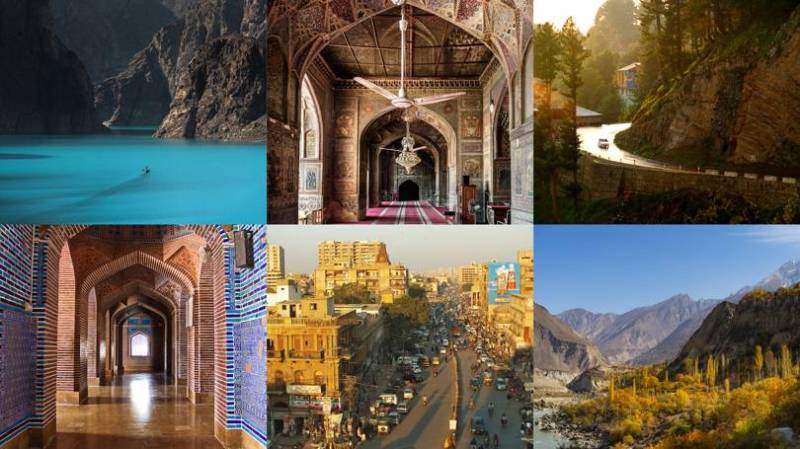 ISLAMABAD – Condé Nast Traveller, a luxury travel magazine aimed at upmarket tourists, has placed Pakistan at top of its list of best holiday destinations for 2020.

In a feature published on its website, the magazine hailed Pakistan as the “adventure traveler’s must-visit” country. “Thwarted by tales of terrorism and Taliban rule, Pakistan’s tourism industry has been stymied for the past two decades,” it said, adding that despite these concerns, the country’s “ancient valleys [and] relaxed visa restrictions” were finally bringing it back into focus.

Condé Nast Traveler says Pakistan is the destination its editors are most excited about in not only the upcoming year, but also the next decade.

“Pakistan has more peaks taller than 22,965ft than China and Nepal combined, making it an almost magnetic spot for adventure travelers and intrepid hikers,” it said. “Visitors can follow in Michael Palin’s steps while traversing the 12,250ft Shandur Pass, home to the world’s highest polo field, or meet with the Kalash people of the Hindu Kush, famed for their cowrie-shell headdresses and brighter-than-bright embroidery,” it added.

But the country’s majestic mountain ranges aren’t the only attraction, according to Conde Nast Traveller. “In Lahore, the sight of 100,000 worshippers crammed into the sandstone 17th-century Badshahi Mosque will leave you breathless, while Mughal-era architectural masterpieces stand resplendent on bustling street corners,” it said of the provincial capital of Punjab province.

Great to see Conde Nast recognise Pakistan as one of its 2020 recommendations,
proving PM @ImranKhanPTI's thrust on tourism spot on. Pakhtunkhwa can be at the forefront; with new destinations, improvement of infrastructure; critical for economic growth
https://t.co/Ki3AunsD4K

Jonny Bealby, founder and CEO of adventure-tour operator Wild Frontiers told the magazine that he was seeing substantive improvements in Pakistan’s tourism industry. “A focus on security measures, which saw the British FCO [Foreign and Commonwealth Office] lift its advice against travel to large parts of the north, and the election of Imran Khan, who has vowed to increase international tourist numbers, has already had an impact,” he said.

“Hardy visitors will find that little has changed since Mughal times—with the peaks’ gemstone mines, fairy meadows and winding trails worn into the ground by heavy-laden yaks—while the Karakorum, stretching upwards from the north-west frontier and carved into the ancient bedrock, is one of the world’s most astonishing highways,” it adds.