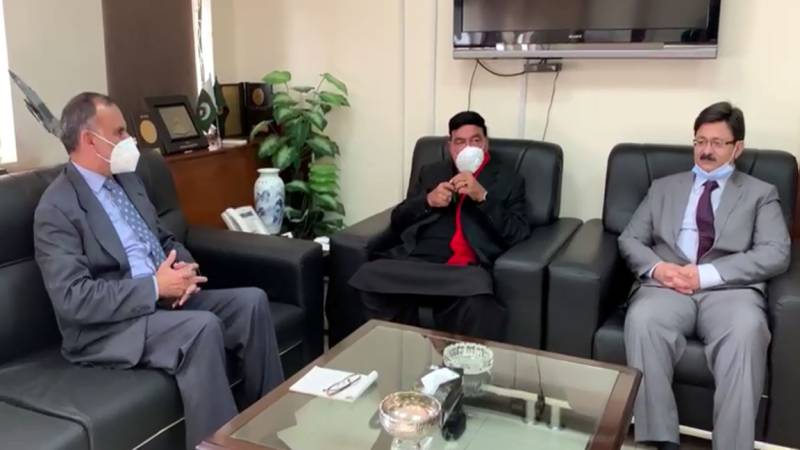 The Pakistan Tehreek-e-Insaf government on Friday reshuffled the federal cabinet and appointed Sheikh Rasheed as the new interior minister and Azam Khan Swati as Federal Minister for Railways.

On the occasion, both the federal ministers expressed best wishes to each other for their new responsibilities.

Chairman Pakistan Railways Habib-ur-Rehman Gilani briefed the new Railways Minister about the functioning of the organisation.

Speaking on the occasion, Azam Khan Swati pledged to ensure safety and provide the best service to the passengers.