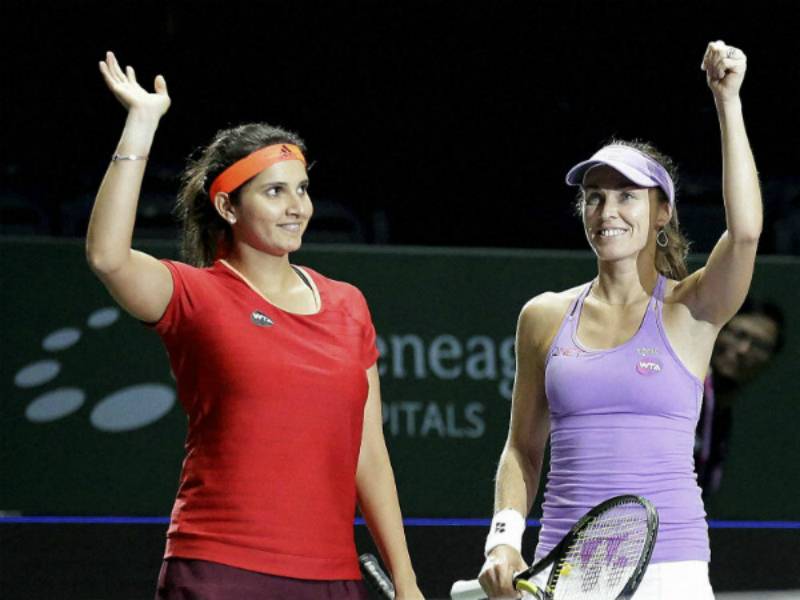 SYDNEY (Web Desk) - India’s Sania Mirza and her Swiss partner Martina Hingis have broken a 22-year-old world record by winning their 29th women’s doubles match in a row en route to their entry into the women’s doubles final of the WTA Sydney International on Thursday.

The World No 1 pair came from behind to beat the pair of Romanian Raluca Olaru and Kazakhstan’s Yaroslava Shvedova 4-6 6-3 10-8 in a closely-fought semi-final, The Indian Express reported. 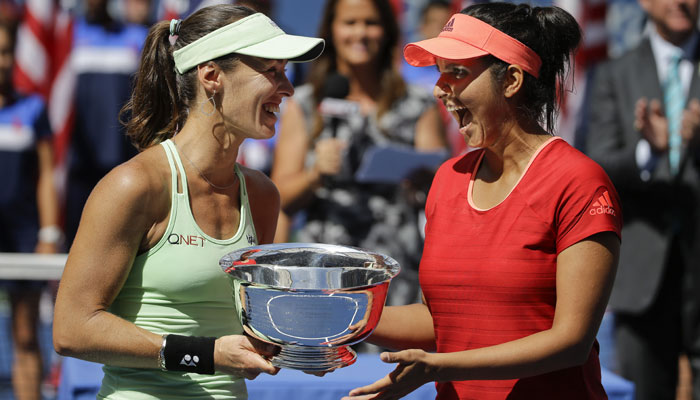 They now surpassed the pair of Puerto Rican Gigi Fernandez and Belarus’ Natasha Zvereva, who won 28 matches on the trot during their successful pairing back in 1994.

The Indo-Swiss pair have continued their good show from 2015 when they won 9 titles which included the Wimbledon, US Open and the year-ending WTA finals in Sydney.

The 2016 has also started on a fabulous note as they have now made it to the second straight final, having won the Brisbane International last week. A win in the final will be their 11th WTA title together. 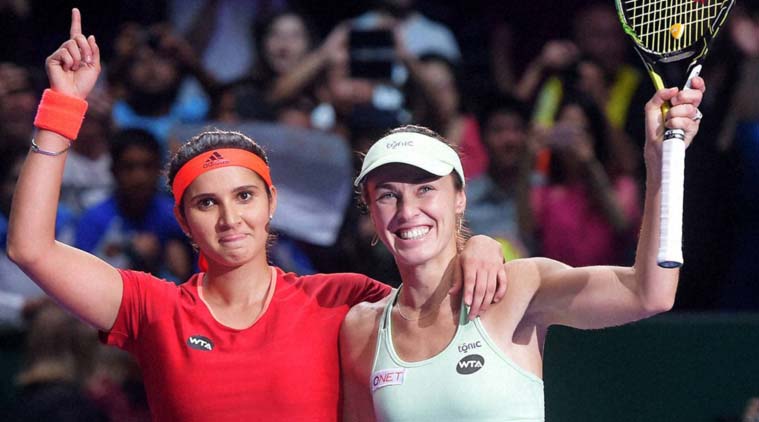 The semi-final today was a well-contested affair that went on for an hour and 31 minutes.

The two teams traded three breaks each but the Olaru-Shvedova pair broke their opponents for the fourth time to clinch the set by 6-4 margin.

Down by a set, Sania-Martina pair came back strongly break the opposition’s serve twice and also won a whopping 76 percent of points on their first serve as they clinched the set 6-3.

In the super tie-break, both pair did well to hold their service points but Olaru-Shvedova pair had a double fault at a crucial stage which turned the match decisively in favour of Sania-Martina.