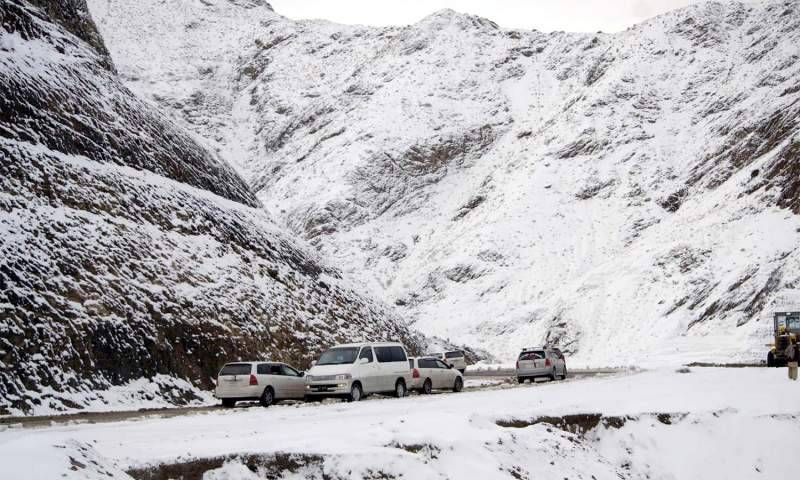 QUETTA: The first snowfall of the winter season hit several parts of Balochistan including Quetta on Saturday.

Heavy rain and snowfall in Quetta pushed the mercury to the freezing point. Two inches of snowfall were recorded in Ziarat causing difficulties for residents.

During the first snowfall of the season, Kalat received seven inches of snow, while Zhob received snowfall for the first time in 15 years.

The snowfall pushed the prices of firewood to a new peak in the region.

The Met department said the system would produce rain with snowfall over the hills at a number of places in Balochistan till Sunday.

Temperature of some major cities recorded on Saturday morning:

High alert issued ahead of snowfall season in Murree