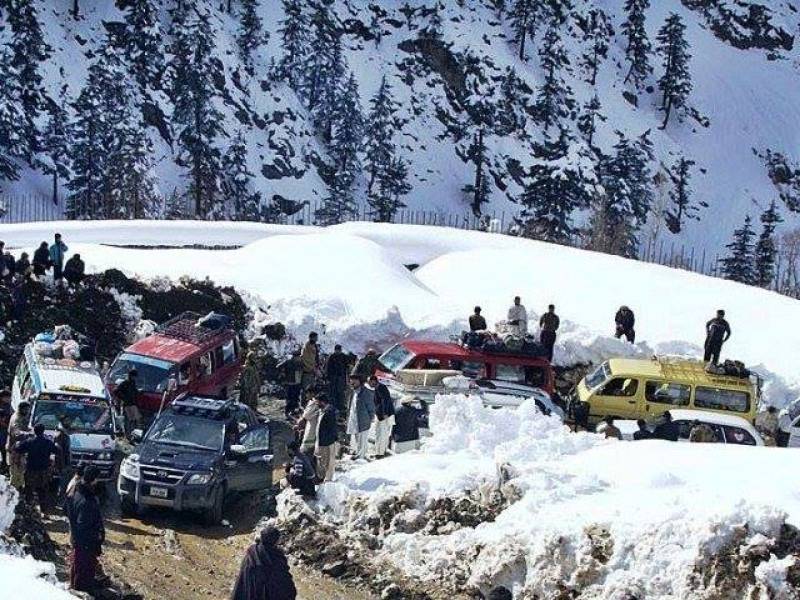 CHITRAL - The Pakistan Army cleared the Lowari top from snow and opened it for traffic, here on Saturday.

"Due to Army’s timely response last night road blockage caused due to snow was cleared and stranded passengers and vehicles passed through the Lowari tunnel," the Inter-service Public Relations (ISPR) said in a statement.

A large number of people were stuck at the Lowari Top in frosty weather (-20 C) when the area received a snow storm.

Long queues of vehicles lined up near the Lowari tunnel. Scores of commuters and locals were in severe danger due to non-availability of food amid blockage.

Snow blankets Murree and other hilly areas of Pakistan