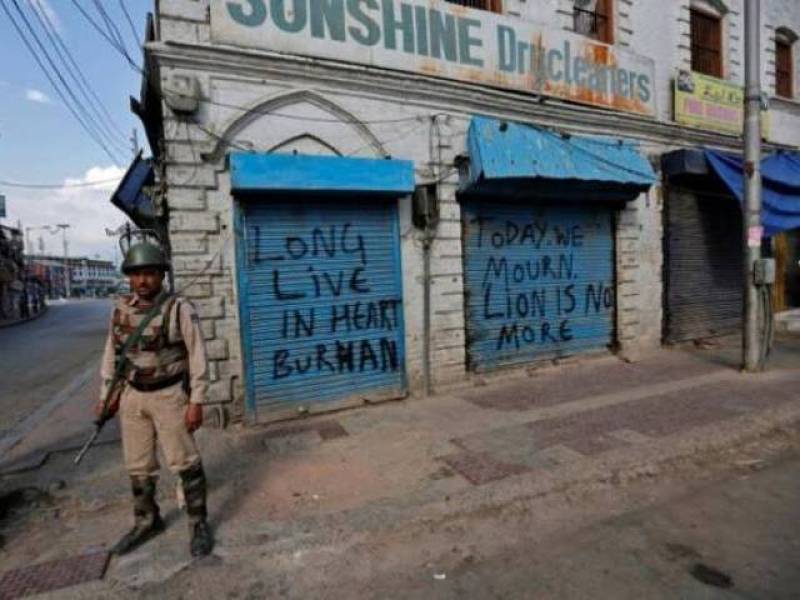 SRINAGAR (Web Desk) - No let up in killings of innocent Kashmiris as the death toll in the six-day long spate of violence has increased to 40.

The ongoing curfew in most places of the Kashmir Valley continued on Thursday as the militants decided to extend the protest shutdown for another two days, The Times of India reported.

"Curfew shall remain in force in all the major towns of the ten districts in the Valley and old city areas of Srinagar city," a senior official of the provincial administration told IANS.

Curfew has been imposed in the Valley since July 9 to control large scale violence following the death of top Hizbul Mujahideen commander, Burhan Wani, 22, who was martyred in a gunfight on July 8 along with two of his associates.

One protester identified as Hilal Ahmad Shah was killed in Anantnag district's Harnag area on Wednesday when protesters surrounded an army vehicle and tried to torch it.

An irate people also attacked the vehicle of a senior police officer in Anantnag district on Wednesday, but the situation was quickly controlled without any casualties.

Also on Wednesday, separatist leaders Syed Ali Geelani and Miwaiz Umer Farooq were taken into preventive custody for some time after they attempted to come out of their homes in Srinagar city where they have been placed under house arrest.

"Both Geelani and the Mirwaiz were taken back to their homes where they continued to remain under house arrest," a police official said.

All exams scheduled up to July 17, have been postponed as authorities said fresh dates for holding these exams would be announced later.

That has not prevented violent protests and rioting from breaking out when security forces killed Burhan Wani, a Kashmiri militant commander. 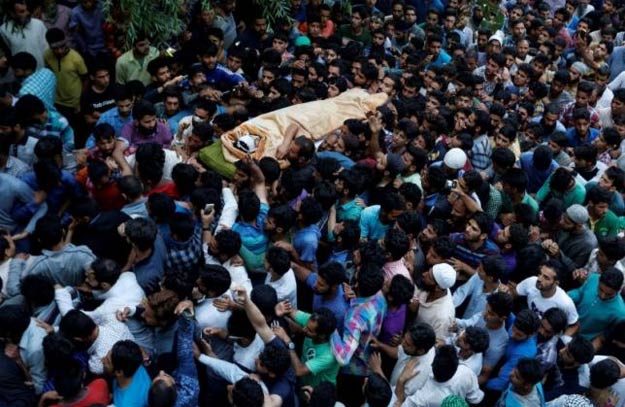 Reiterating his concern over the deteriorating situation in Indian-held Kashmir, a UN spokesman said Wednesday that Secretary-General Ban Ki-moon stands ready to mediate peace talks amid heightening tensions between India and Pakistan, provided the two neighbours accept his good offices.

"Good offices is a standing offer," Spokesman Stephane Dujarric said in response to a question from a Pakistani journalist who referred to the ongoing clashes and Indian Prime Minister Narendra Modi's statement in which he also blamed the news media for inflaming the situation.

But the spokesman said the secretary-general's good offices work only when both parties agree to mediation.

At least 37 people were killed – almost all shot by Indian security forces – and more than 1,500 people wounded in the worst violence in Kashmir since 2010, underlining how the crackdown on militants is not enough to solve a conundrum that has frustrated India since independence in 1947.