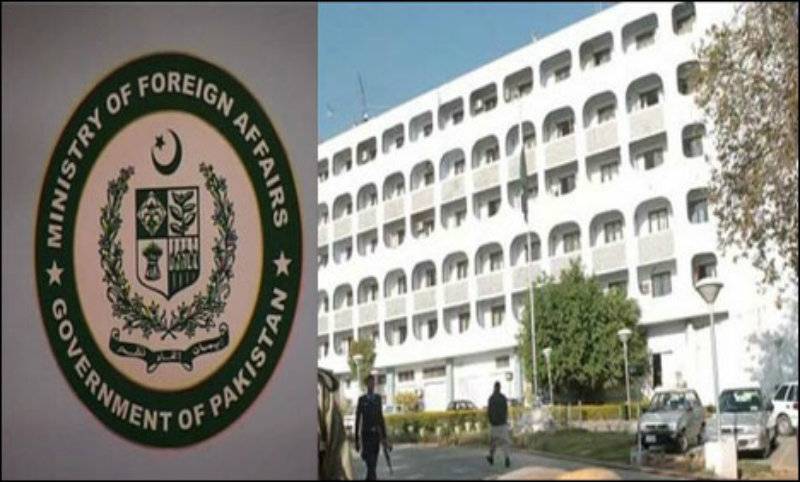 ISLAMABAD (Web Desk) - Pakistan Foreign Office has welcomed United Nations (UN) Secretary-General Ban Ki-moon's offer to mediate peace talks between Pakistan and India amid friction between the two countries after the killing of a Kashmiri militant in India-held Kashmir (IHK) sparked protests in the region.

"It is the UN's responsibility to intervene in the matter and get the issue resolved," FO Spokesman Nafees Zakaria said at a press briefing, adding that the body should play its role in order to get UN resolutions implemented.

The FO spokesman rejected the Indian government's view that ongoing unrest in IHK is an 'internal' matter and strongly condemned the fresh wave of violence and atrocities committed against Kashmiris by Indian security forces.

"Jammu and Kashmir is not an internal matter of India, it's a recognised issue under the United Nations," he added. The spokesman also rejected Indian accusations of terrorism against the people of IHK. "Dialogue is the only option to resolve this issue," he said.