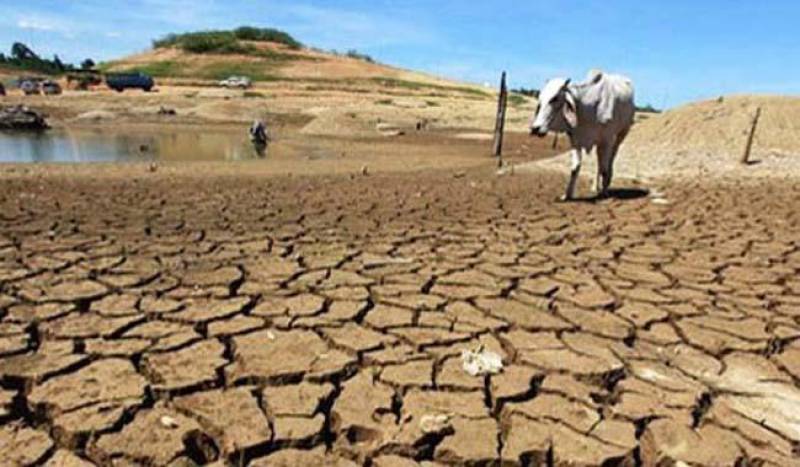 MANILA/ISLAMABAD - The Asian Development Bank has warned a business-as-usual approach to climate change will be “disastrous “for Pakistan, Asia and the Pacific, especially for poor and vulnerable populations, undoing much of the phenomenal economic growth that has helped reduce poverty in these regions.

In a report released Friday, the ADB said a continued reliance on fossil fuels will see the world's most populous region - Asia - face prolonged heat waves, rising sea levels, and changing rainfall patterns that will disrupt the ecosystem, damage livelihoods and possibly even cause wars.

“Unabated climate change threatens to undo many of the development advancements of the last decades, not least by incurring high economic losses,” the report from the Manila-based bank said.

By the end of the century, parts of the continent could see mean temperatures shoot up to eight degrees Celsius above pre-industrial levels, as the global mean temperature rises by half that, it added.

"A business-as-usual scenario will lead to disastrous climate impacts for the people of Asia and the Pacific, especially for poor and vulnerable populations," it said. But it said the region could avert disaster by shifting to renewable energy sources.

The 2015 Paris climate accord commits nations to keep global temperatures well below 2.0 degrees Celsius (3.6 Fahrenheit) above pre-industrial times. While a 2 degrees Celsius rise will be difficult to manage, "one can assume that a 4 degrees Celsius increase would lead to humanitarian disasters in many nations and result in unmanageable migration flows or locked-in populations", the report said.

Asia as a whole would see sea levels rise by 1.4 metres (4.6 feet) within this century, nearly twice the projected increase under the Paris deal, and face more destructive cyclones, it said.

In this scenario, the report said the region's coral reef systems would collapse from mass bleaching, with severe consequences for fisheries and tourism. Melting Asian glaciers would cause both floods and water shortages, disrupting agriculture, and increase dependence on rainfall to meet water needs.

The impact of such changes on access to energy and natural resources were all potential powderkegs for conflict, it said. The study projects additional heat-related deaths of nearly 52,000 elderly people across the region annually by the 2050s, nearly 8,000 extra diarrhoeal deaths in South Asia, and some 10,000 more malaria and dengue deaths in Asia.

Asia's global economic links mean that extreme climate events could disrupt supply chains not only in the region but also in the rest of the world, it warned.

Despite stunning economic growth that saw Asian per capita incomes rise 10-fold in the past 25 years, it remains home to the majority of the world's poor, the ADB said.

This, along with the fact that a large share of its population inhabits low-lying coastlines, has made the world´s largest continent "particularly vulnerable" to climate change.

Myanmar, the Philippines, Bangladesh, Vietnam, Pakistan, and Thailand are among the world's top 10 countries most affected by extreme weather events, it said.

The ADB vowed in 2015 to double its climate finance mitigation investments to $6 billion by 2020, including $2 billion to help countries shift to renewable energy.