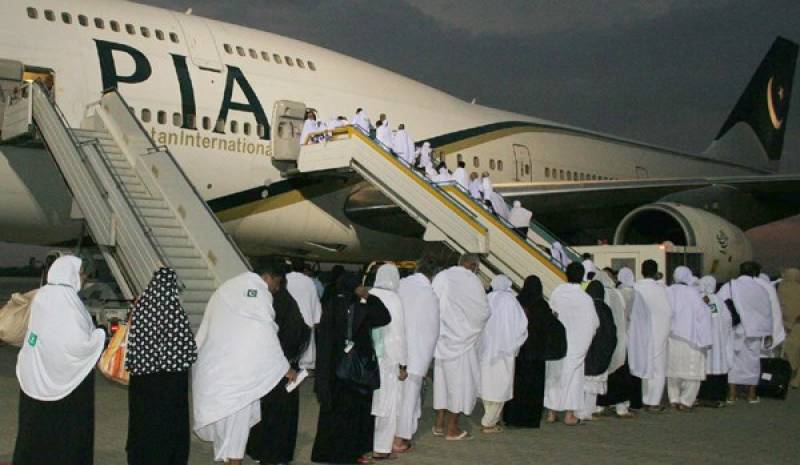 ISLAMABAD - The over one-month long pre-Hajj flight operation under government scheme started on Saturday from Karachi.

The first flight of Hajj PK-7001 left for Madinah from Karachi carrying over 300 pilgrims under early this morning.

The first Hajj flight will depart from Karachi at 2.25 am in the morning, followed by 7 am from Islamabad.

In first two days, 1,550 intending pilgrims will be sent to Madina Munawwara. The return of pilgrims will initiate from August 28.

The intending pilgrims could get their respective hajj flight schedule on ministry’s website. Pilgrims will also be informed through SMS.

The vaccination for preventing intending pilgrims from fatal diseases has already been started. The ministry has asked the intending pilgrims to reach their respective Haji camp two days prior to their departure for Hajj to Saudi Arabia.

Passports, tickets and lockets would be provided to hujjaj at their respective Haji camps.